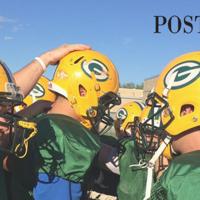 The fallout from Saturday night’s gunfire incident during a semipro football game in Syracuse continued Wednesday, as Empire Football League owners and league officials voted to suspend the Syracuse Smash for the rest of the season.

Smash players are also banned from playing for other teams in the league until next season, when they could be reinstated, Glens Falls Greenjackets owner and CEO Hank Pelton said.

The Greenjackets were playing the Smash on Saturday night at Meachem Field in Syracuse, when a large fight erupted in the home stands at the beginning of the fourth quarter.

The fighting spilled over into the parking lot, where multiple gunshots were heard and the field was cleared. The parking lot is shared by Meachem Field and Clary Middle School.

No one was injured in the incident, but the game was ended and the jackets were declared the winners by forfeit.

Syracuse players were seen leaving the bench area and entering the fray, according to witnesses and video, said Pelton, who was at the game on the Glens Falls sideline.

“Because of the incident at their venue and on school property, the security and the way the incident was handled, those were deciding factors (for suspending Syracuse),” Pelton said Thursday. “It escalated quickly. It was complete chaos on their side. … The (EFL) owners didn’t want to go back (to Syracuse).”

Pelton said he spoke with school officials from Schuylerville and Glens Falls, where the Jackets are playing some of their home games, and Glens Falls Mayor Bill Collins before voting at Wednesday’s league meeting.

According to police reports on Syracuse.com, evidence of gunfire was found and a car was struck by bullets. The shooter had not been located and the incident was still under investigation by authorities.

All EFL teams will receive a forfeit win over Syracuse for the rest of the season, including the Jackets, who had a home game scheduled against the Smash on Aug. 20 at East Field.

Pelton praised members of the Jackets’ staff and officials who helped get the team and fans to safety.

“Our Greenjackets staff acted very professional and reacted properly to the situation,” Pelton said. “They stayed calm when needed to get everybody safe. … My primary concern there was to get the kids and women and the team to safety before everything else. The important thing is everybody got out safe, nobody was injured.”

The Jackets, who are now 1-1, are scheduled to host the Plattsburgh North Stars on Saturday at 5 pm at Glens Falls High School.