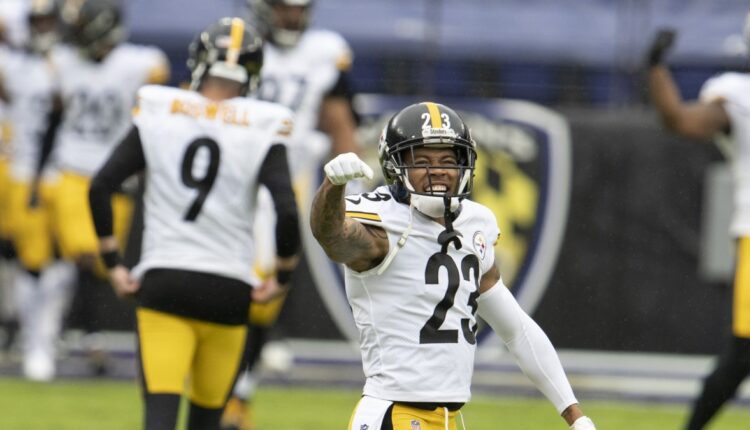 It’s been just over four months since the start of NFL free agency and the Buffalo Bills may not be done making moves. Buffalo has two exciting young cornerbacks in two-time Pro Bowler Tre’Davious White and rookie Kaiir Elam, who has wowed early. Nonetheless, White will possibly miss time at the start of the season due to ACL rehab.

The Steelers have been Haden’s home the last five seasons, and in 2019 he made the Pro Bowl.

On top of Miller and Diggs, Bill’s All-Pro safety Jordan Poyer has “been tryin” to recruit Haden.

The question is: Does the move make sense? As previously outlined, White will likely carry an injury designation into Week 1 for Buffalo, while Elam’s progression could be stunted by being thrown into the fire too soon. However, last season was Haden’s worst in Pittsburgh as he gave up a passer rating of 100.1 as the closest defender.

Haden still has the possibility to provide value for Buffalo, however, as in 2020 Haden allowed a 75.9 passer rating and in 2019 he made the Pro Bowl.

Haden would likely be cheap and be signed to a low salary, veteran contract. The depth can’t hurt and Haden would have a lot more help to succeed in Buffalo, as he’d be joining the NFL’s No. 1 defence.

The Bills rookies are at camp on Monday and the vets start their training camp on Sunday, at which time they will be able to get a better understanding of where things stand at the cornerback position. But if it looks like outside help is needed, don’t be surprised if Haden gets a call.