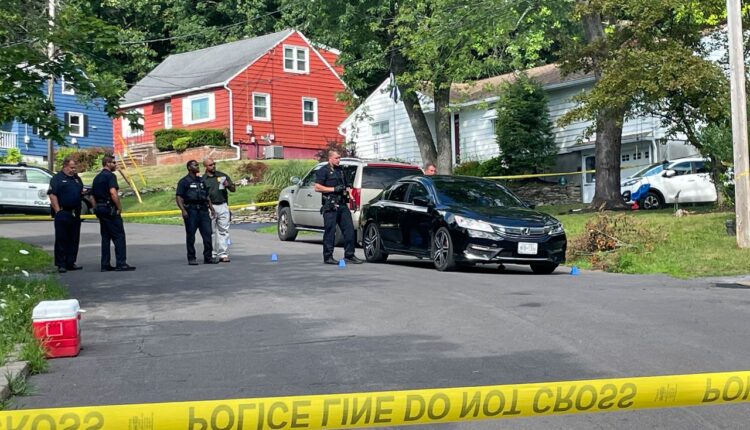 Syracuse, NY — A man was shot Tuesday afternoon in the leg while inside a car in Syracuse’s Valley neighborhood, dispatchers said.

The shooting was reported about 4:49 pm at 182 Thurlow Drive, according to initial Onondaga County 911 Center dispatches.

The man who was reported to be in his 30s was shot while inside a Honda Accord, dispatchers said.

The shooter fled into a gray Jeep Cherokee, according to dispatches.

Police closed a section of Thurlow Drive. Evidence markers could be seen around a black Honda Accord.

The car appeared to have holes in its front passenger side door.

Syracuse.com | The Post-Standard has reached out to the Syracuse Police Department for more information.