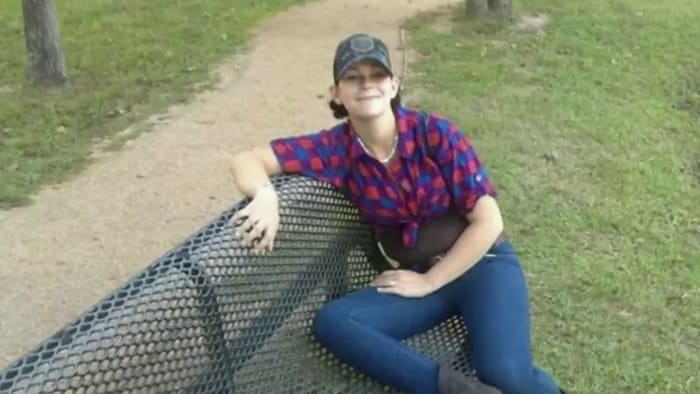 HOUSTON – Houston police are investigating a body found in a trash can inside Buffalo Bayou.

Investigators are still determining how the body got there.

Meanwhile, a heartbroken father is asking for the public’s help in figuring out what happened to his daughter.

On July 19, Houston police said they were alerted to a suspicious-looking container in the Buffalo Bayou near the 3600 block of Foley. HPD’s dive team and Houston Fire Department responded to the call and pulled out what turned out to be a trash can, tied up.

The Harris County Medical Examiner’s office determined that the body was of Shelby Vercher. Her father, Coy Vercher, received the dreaded call.

Coy said he had just seen his daughter on the prior Monday.

“[I told my daughter,] ‘I’m going to go home and get out of this heat. Ich liebe dich. Call me when you get where you’re going,’ [She responded,] ‘Okay, daddy, I will,’ and that was the last words we said to each other,” Coy said.

He said his daughter never met a stranger. She was loved, “happy-go-lucky” and sweet.

However, Coy said his daughter battled addiction and experienced homelessness and violence on the streets. Shelby, he said, got sober, went to rehab and hoped to continue her rehab treatment. They had planned to find a permanent home together.

“She was trying to do right. She came back down here to take care of me,” Coy said.

Now he said, she won’t get to do that. He was heartbroken for her.

“I want justice for my daughter,” Coy said.

Houston police are still investigating what happened. The cause of death is still to be determined.

Coy is asking witnesses to come forward and asking the public for help to give his daughter the celebration of life he said she deserves.

“My daughter has had a real hard life,” Coy said. “The proper thing to do is at least give my daughter a proper burial and give her the respect she deserves. Since she was treated so badly.”

The family has set up a GoFundMe to help with Shelby’s funeral expenses.