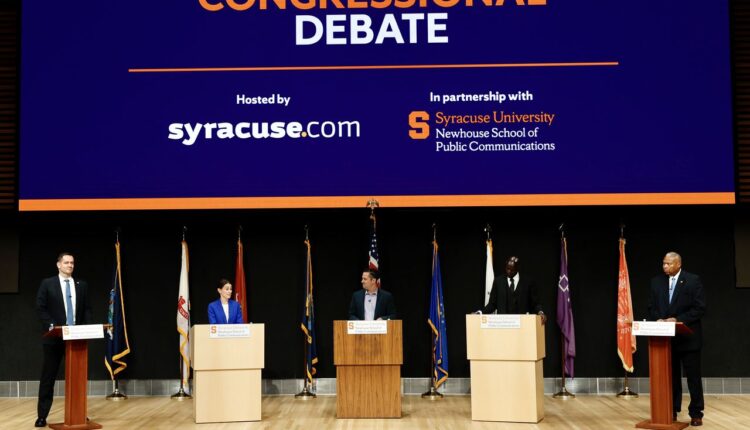 You can watch the debate live on syracuse.com and our Facebook page, or within this story.

The debate at Syracuse University’s National Veterans Resource Center is the first in the Democratic primary election in the 22nd Congressional District.

The candidates were not provided debate questions or topics in advance.

The debate is being presented in association with SU’s SI Newhouse School of Public Communications.

The two Republican candidates for Congress were invited to participate in a separate debate. Brandon Williams accepted, but Steve Wells turned down the invitation.

Williams will participate in a live Q and A with syracuse.com at noon Wednesday.

Early voting in both the Democratic and Republican primaries in the 22nd District election begins Saturday, Aug. 13. Election Day is Aug. 23.

The new 22nd District spans all of Onondaga, Madison and Oneida counties, and a small portion of Oswego County.