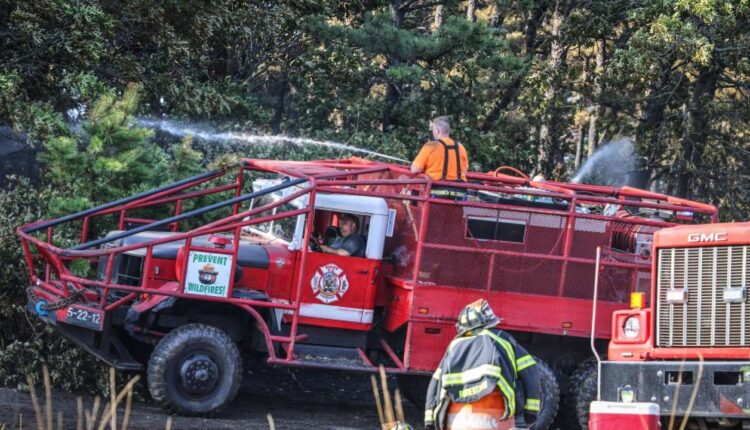 Firefighters from at least six Suffolk County departments battled a brush fire for several hours along the north side of Sunrise Highway in the Town of Brookhaven on Tuesday, police and fire officials said.

The New York State Department of Transportation website 511 NY reported the location as being west of Exit 57, Horseblock Road and Yaphank Avenue in Yaphank.

Suffolk fire officials said the fire was reported in a 911 call at 1:11 pm and brought under control at 4:51 pm and all lanes were reopened.

Earlier, Suffolk County police had said all westbound lanes of Sunrise Highway were closed in the area during the firefighting and the NYSDOT was reporting all lanes of Yaphank Avenue had been closed, as well.

A heat advisory was in effect for the area due to high heat index indicators, the National Weather Service said, but no red flag warnings had been issued indicating conditions are rife for brush fires.

Long Island is also under a drought watch, with no significant rain falling in several weeks. Drought watch is considered the lowest of the four state drought levels and means residents are encouraged to conserve water, especially for emergencies such as fires.

John Valenti, a reporter at Newsday since 1981, has been honored nationally by the Associated Press and Society of the Silurians for investigative, enterprise and breaking news reporting, as well as column writing, and is the author of “Swee’pea,” a book about former New York playground basketball star Lloyd Daniels. Valenti is featured in the Emmy Award-winning ESPN 30-for-30 film “Big Shot.”