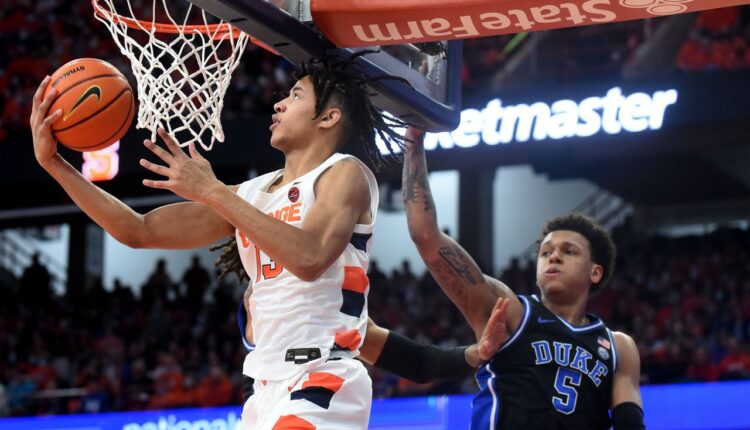 This year’s trip will follow in the sneakers of the 1992 USA Olympic Dream Team, which featured Michael Jordan, Magic Johnson and Larry Bird, with the team of college players taking part in games in Barcelona, ​​Spain, site of the 1992 Olympics.

Syracuse forward Benny Williams is on the USA East Coast roster. Williams, a 6-foot-8 sophomore, averaged 11.5 minutes in 29 games for the Orange last year. He scored 1.9 points per game while grabbing 1.4 rebounds.

Williams will join other ACC players on the trip, including Pittsburgh’s John Hugley and Duke’s Jaylen Blakes.

In past years, Syracuse players such as Rakeem Christmas, Michael Gbinije, Tyler Roberson, Kaleb Joseph and Jalen Carey have taken part in USA East Coast tours of Europe. Buddy and Jimmy Boeheim were set to take part in last year’s trip to Spain, but Covid forced the tour to be canceled.

Before this year’s team leaves for Europe, the players will hold a two-day training camp at Columbia University on Aug. 1-2.

In Barcelona, ​​the team will play three games against players from Spain’s Liga ACB.

Here is the complete team roster:

Why is Syracuse recruiting guards with so many on next year’s roster? (Mike’s mailbox)

What is SU’s outlook for next season after down year, high roster turnover? (Mike’s mailbox)

Detroit Pistons’ Rob Murphy on signing Buddy Boeheim: How the team scouted Boeheim, what they saw, what they liked

California’s Public Health Tax Is Dead for the Year