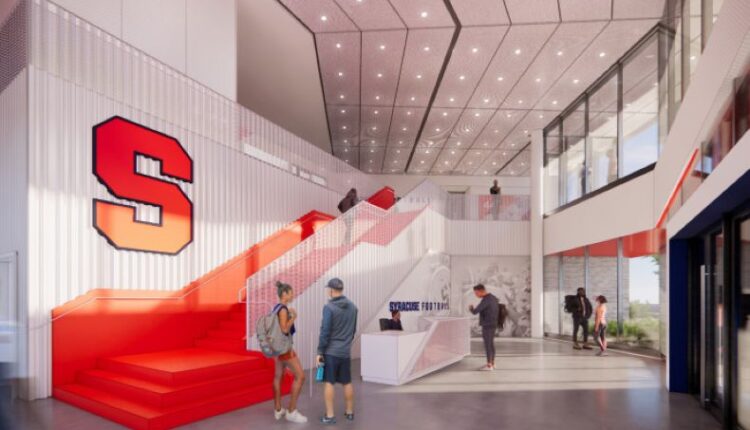 SYRACUSE, NY — A former member of the Syracuse University football team is pledging $1 million for the first phase of the project to turn Manley Field House into the John A. Lally Athletics Complex.

David Tate, who played football for Syracuse in the mid-1970s, is the founder and CEO of Healthgram, a health-care consultancy in Charlotte, North Carolina.

Syracuse University describes the upcoming the John A. Lally Athletics Complex as a “state-of-the-art academic and athletics village that will benefit all student-athletes.”

Tate’s donation will help pay for the renovation of the football team lounge and football-operations center, for which he declined individual naming recognition in favor of naming the area “Unity Hall,” the university said. In doing so, Tate wants to “recognize the congregation of the Syracuse football alumni and unite the various eras as one,” the school added.

“I don’t want my name on anything because it’s not about me, it’s about all of us,” Tate said. “I’ve met a lot of amazing guys from my time playing, and this is a reason for us just to come together.”

Tate’s donation is his first to Syracuse University, and he “believes it is important to give back after all the University has given him.”

“I got the chance to play at Syracuse and going there improved the way I feel about myself, what I have learned and what I now know,” Tate said. “From there, I grew a business, and from there, I now have the ability to come back to Syracuse and say thank you and help others do the same.”

The project’s first phase began in April and includes a new and expanded entryway into the John A. Lally Athletics Complex. Additional renovations of the first phase include an expanded football operations center and a renovated Olympics sports center, which will feature new sport medicine, training, cafeteria and lounge spaces.

The renovations are contingent on Syracuse University securing philanthropy to help pay for the work, the school said.

“David’s generosity and commitment to our football program is inspiring and motivating,” Syracuse Director of Athletics John Wildhack said. “It also reflects his deep commitment to unite our football alumni from all eras to support Head Football Coach Dino Babers and our current program.”

The illegal pool was holding nearly 60 tons of water and was ordered to be removed immediately.