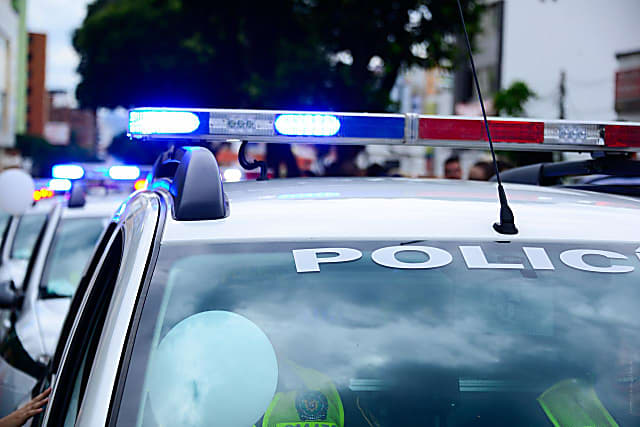 Police on Long Island responding to a suicidal man who had hung himself, found themselves at the same time working to save three people whose boat had capsized.

The incidents began around 6 pm in the town of Southold when officers were alerted to a potentially suicidal man.

Officers established a perimeter and had neighbors shelter in place. Prior to contact being established with the man, he climbed a tree and threatened to hang himself, Latham said.

Officers attempted to get the man to climb down and seek treatment and he refused and eventually tied a rope around his neck and stepped off the limb he was standing on, police said.

Officers were able to quickly climb 16 feet to the man and support him enough that he did not asphyxiate, Latham added.

Suffolk County Police emergency services officers and Southold Fire Department personnel responded and assisted in getting the semi-conscious man out of the tree, he said.

The man was transported by ambulance to Town Beach for medical evacuation to Stony Brook University Hospital.

While the SCPD helicopter was responding to medivac the injured, suicidal man, a boat approximately 200 yards offshore at Town Beach capsized sending three people into the water, Latham said.

The helicopter was able to drop an inflatable tube to the three for them to hold onto until rescued by the South Fire Department boat.

The three were checked out by Southold rescue and released.

The helicopter then landed to continue its medivac of the injured man.

Tesla moves to push lawsuit over mass layoffs out of court