Syracuse coasts to 9-4 win over Omaha on Friday Night 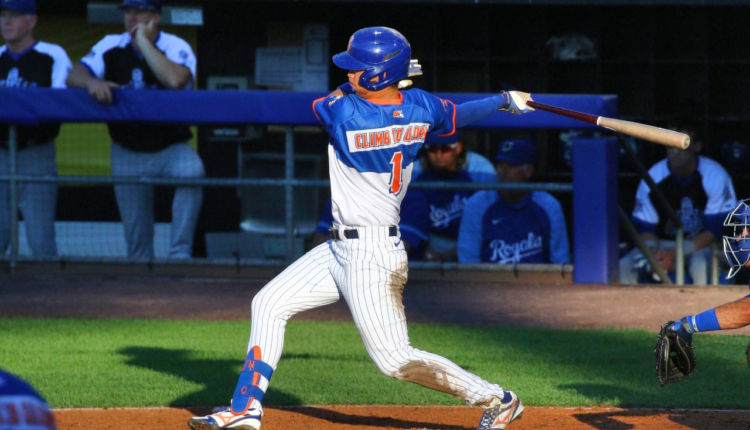 Syracuse, NY – The Syracuse Mets roared ahead early and never looked back, scoring seven runs in the bottom of the second inning on their way to a 9-4 win over the Omaha Storm Chasers on an 80-degree sunny Friday night at NBT Bank Stage. The Mets have now won the last two games in the series after dropping the first two.

After a scoreless first inning for each side, Syracuse (44-53) exploded for seven runs on six hits in the bottom of the second inning to blow the game open early. The Mets would send 12 batters to the plate by the time the frame was done, starting the inning with a Travis Blankenhorn double and a Gosuke Katoh triple for a 1-0 lead. After that, however, all the damage for the home team was done in slow drips. Four singles, two walks, a fielder’s choice, and an error would plate the other five runs as the Mets led 7-0 after two innings.

Other highlights from the second-inning scoring barrage included Francisco Álvarez, fresh off his walk-off home run on Thursday night, singing home a run. Mark Vientos brought home two more with a single of his own. Finally, Blankenhorn completed the scoring with an RBI single himself, his second hit of the momentous inning.

Omaha (48-48) got a run back in the top of the fourth to trim the Syracuse lead to six, 7-1, but the Mets immediately tackled on two more tallies later in the game via the long ball. In the bottom of the fourth, Katoh lined a no-doubt drive over the right-field wall to make it 8-1. Then, in the bottom of the sixth, Blankenhorn pounded a drive beyond the wall in left-center field to make it 9-1 and complete the Mets’ scoring on the evening. It was the 13th home run of the season for Blankenhorn who finished Friday night’s game a triple shy of the cycle.

Syracuse continues its six-game series against the Omaha Storm Chasers on Saturday evening. Right-hander Connor Gray is scheduled to start for the Mets opposed by right-hander Daniel Mengden for the Storm Chasers. First pitch is slated for 6:35 pm