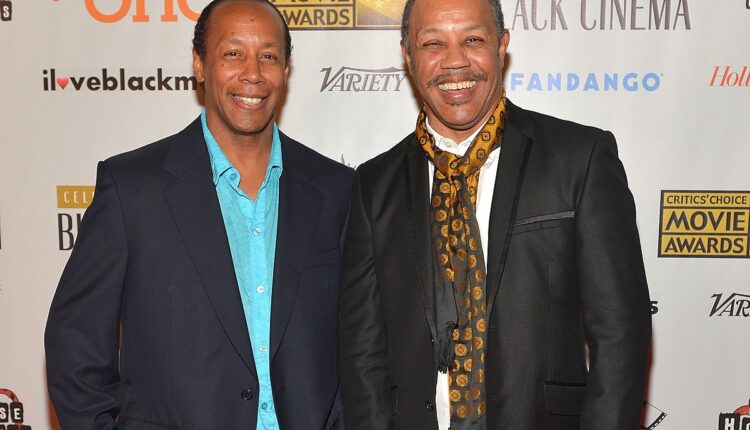 Legendary soul group Midnight Star will be performing at the New York State Fair. You’ll be able to catch them performing their hits like “Freak-A-Zoid,” “Operator,” “Tuff,” “Body Snatchers” and “No Parking (On the Dance Floor)”, at Chevy Court stage on Saturday, September 3, 2022, at 8:30 pm. Syracuse JAMS President Reggie Siegler told Syracuse.com,

The Funk Fest provides an opportunity for local and regional bands to showcase their talents on a large-scale professional platform while opening for national recording artists. It fills a void for diverse communities to enjoy age and culturally specific entertainment attracting many to see themselves represented at the Fair.

Tickets for the New York State Fair are on sale now. Tickets are super cheap, especially considering the lineup of artists that will be performing this year. Each ticket is just $3. People over the age of 65 and children under the age of 12 can get in free each day. Parking is affordable too; it’s only $5 per vehicle to park in any of the fair’s public lots.

You will not be able to pay for admission or parking with cash at the gates, so you must buy in advance. You can purchase tickets and parking passes online or by calling Etix at 800-514-3849.

Photo by Taylor on Unsplash

Photo by Taylor on Unsplash

There are tons of ‘big name’ artists who will be hitting the stage at the NYS Fair this year.   The concerts are free with paid fair admission. Here are all the artists that have been announced, so far.

When Jimmie Allen performed at the Great New York State Fair in 2019, he was hailed as a star on the rise. Now, currently GRAMMY Award-nominated for Best New Artist and NAACP Image Award-nominated for Outstanding New Artist after being named the Academy of Country Music’s New Male Artist of the Year and the Country Music Association’s New Artist of the Year in 2021, it’s clear Jimmie Allen’s star has risen and shows no sign of slowing down.

Bush, Chevelle And Filter Perform At The Joint At The Hard Rock Hotel & Casino

The hard-rockin’ Loeffler brothers bring their band, Chevelle, back to the Great New York State Fair for the first show of the season at Chevy Park. The 8 p.m. concert on August 24 will mark the second appearance for Chevelle, which played the Fair in 2017.

Great White, an 80s rock band whose musical recording and touring history spans more than four decades, is returning to the Great New York State Fair. Great White is known for their hits, including “Once Bitten, Twice Shy,” “Rock Me,” and “House of Broken Love.”

The Art of Rap Featuring Ice-T

Art of Rap Featuring Ice-T and co-founder Mick Benzo is the first concert to be announced for the 2022 Great New York State Fair. Rap pioneer and actor Ice-T will bring Host Boogie Black and DJ Kevie Kev Rockwell with Co-Host by Mick Benzo to the show, scheduled for 8 p.m. Thursday, August 25 at the Chevy Park stage in the New York Experience festival grounds as part of the Chevrolet Music Series.

Lady A What A Song Can Do Tour – Franklin, TN

RCA Nashville breakthrough recording artist Niko Moon kicked off 2021 by topping multiple charts with his Platinum-selling debut single “GOOD TIME.” With more than 250 million on-demand streams, “GOOD TIME” helped catapult Moon to No. 1 on Billboard’s Emerging Artists chart and has been lauded as “a bottle-passin’ campfire daydream” (Tennessean), solidifying the genre-defying entertainer’s reputation as “One of the most genuine and creative artists in country music right now” (THINK Country Music).

TLC, one of the most popular female music groups of the 1990s – known for their signature pop, hip-hop, R&B sound and songs about female empowerment – will take to the Chevy Park Stage on the third day of the 2022 Fair. Perhaps best known for their number-one singles, “Creep,” “Waterfalls,” “Unpretty” and “No Scrubs.”

Hard-rocking outfit Tesla makes its third appearance at the Great New York State Fair with a Chevy Court concert at 6 p.m. Saturday, August 27. It’s the first appearance since 2007 for the band behind hits including “Signs” and “Love Song.”

Foreigner and the Fair are conducting a search for a junior high, high school or college chorus to perform a 10-minute a cappella set about 30 minutes before Foreigner’s concert. Prior to the COVID-19 outbreak, the band would invite a chorus onstage during the show to help sing the hit “I Want To Know What Love Is.” They’ve kept the tradition going since then by having the chorus perform before the show.

Grammy-winning vocal soul powerhouse group Boyz II Men will return to the Great New York State Fair for the first time since 2009 with an 8 p.m. Monday, August 29 performance on the Chevy Park stage in the New York Experience festival grounds. All concerts in the Chevrolet Music Series are free with Fair admission. Concerts at the Fair are sponsored by Chevrolet.

Herman’s Hermits starring Peter Noone returns to the Great New York State Fair for a show full of 1960’s musical memories at 1 p.m. Tuesday, August 30 on the Chevy Court stage. It will be the 12th appearance at the Fair for the singer of timeless hits such as “Mrs. Brown You’ve Got a Lovely Daughter,” “A Kind of a Hush,” and “I’m Henry the VIII I Am.” The show takes place on the second Senior Day. Admission for people aged 65 and up is free every day of the Fair.

Country music superstars Big & Rich with Cowboy Troy are inviting New Yorkers to join them for Happy Hour as they bring their “Peace, Love and Happy Hour” tour to the Great New York State Fair. The self-proclaimed “technicolor cowboys” first burst onto the country-music scene in 2003 and have entertained audiences for nearly two decades with country hits including “Save a Horse,” “Rollin’” “Lost in This Moment” and “Run Away with You.”

Perhaps best known for “Karma Chameleon” and “Do You Really Want to Hurt Me,” the band is comprised of Boy George (lead vocals), Ron Hay (keyboards and guitar) and Mikey Craig (bass guitar). Culture Club rose to fame in the early 1980s with a string of top ten hits that charted in the United States and the United Kingdom.

Southern rockers 38 Special return to the Great New York State Fair with a Chevy Court concert at 6 p.m. Wednesday, August 31. The band, famous for hits such as “Caught Up In You,” last performed at the Fair in 2019.

Fair fans will get to shake their tailfeathers all over again when Nelly returns to the Great New York State Fair for a performance.

Rising country star Alex Miller will play the Great New York State Fair’s Chevy Court stage Thursday, September 1 at 1 p.m., building on the success of his debut appearance last year. The Kentucky teenager who caught the ear of superstar Luke Bryan on American Idol with his throwback take on country music is touring behind his debut album.

Rising country artist Riley Green will make his debut visit to the Great New York State Fair September 1 at 8 p.m. on the Chevy Park stage. The singer of the hit “I Wish Grandpas Never Died” was named the 2019 Male New Artist of the Year by the Academy of Country Music.

Platinum-selling breakout artist Tai Verdes will make his debut performance at the 2022 Great New York State Fair on Friday, September 2 at 1 p.m. on the Chevy Court stage. The rising star is known for his chart-topping hits such as “A-O-K,” and “Stuck In The Middle,” and has performed on The TODAY Show, Jimmy Kimmel Live!, and the Macy’s Thanksgiving Day Parade. Verdes has been hailed by the likes of TIME Magazine, Rolling Stone, New York Times, NPR, and more.

Gin Blossoms return to the Great New York State Fair for the first time in more than two decades. The band, famous for its hits “Hey Jealousy,” “Til I Hear It From You” and “Follow You Down,” last appeared at the Fair in 1996. All concerts in the Chevrolet Music Series are free with Fair admission. Concerts at the Fair are sponsored by Chevrolet.

COIN brings its brand of bright indie pop music to the 2022 Great New York State Fair September 3 at 2 p.m. on the Chevy Park stage. It’s the State Fair debut for the 10 year old band, best known for its single “Talk Too Much.”

Boston’s great Celtic-punk band Dropkick Murphys return to the Great New York State Fair in 2022 for its fourth performance in a row. The band behind “Tessie” and “I’m Shipping Up To Boston” will take the Chevy Park stage in the New York Experience festival grounds.

Rap duo City Girls will make their Great New York State Fair debut with an 8 p.m. Chevy Park show on Sunday, September 4. Miami-based Yung Miami and JT are known for their single “Act Up” and their contribution to Drake’s hit “In My Feelings.”

Before New York State Fair visitors go their “Separate Ways” at the end of the Fair’s 2022 run, they will have an opportunity to enjoy a Journey tribute band that has a reputation of delivering the “most authentic 80s Journey concert experience” in the business.

Arena rockers Night Ranger will make their fourth appearance at the Great New York State Fair and their first since 2014. All concerts in the Chevrolet Music Series are free with Fair admission. Concerts at the Fair are sponsored by Chevrolet.

21 Of The Most Famous Foods Created In New York

13 Weird Roadside Attractions You Can Visit in New York

You never know what you’ll see alongside the roads in New York.