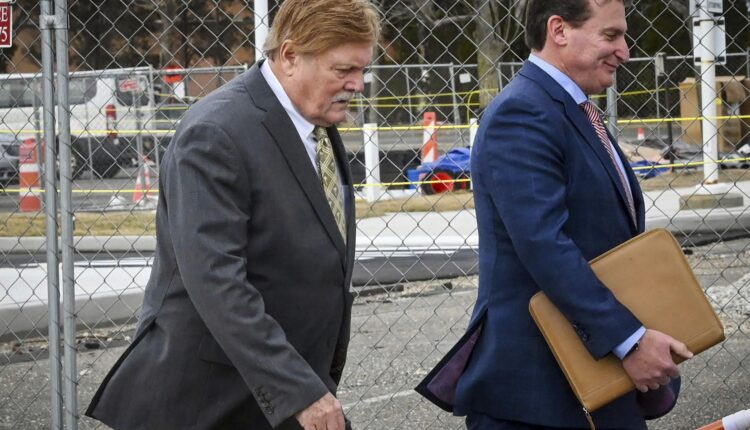 According to prosecutors, Robert Fehring threatened to blow up the Stonewall Inn, a historic bar in Manhattan considered the birthplace of the gay rights movement. He also threatened to place explosives at 2021 New York City Pride march that would “make the 2016 Orlando Pulse Nightclub shooting look like a cakewalk,” referring to the 2016 attack in which 49 people were killed and dozens wounded at Pulse, a gay nightclub in Orlando, Fla.

Other messages threatened to kill, shoot and bomb LGBTQ affiliated businesses and individuals, including an African American-owned barbershop in Brooklyn that Fehring wrote in one letter “is the perfect place for a bombing.”

Fehring pleaded guilty in February to mailing threatening communications through the postal service.

“We are disappointed in the length of the sentence, but Mr. Fehring is happy to be putting this nightmare behind him,” his attorney, Glenn Obedin, said in an email. “He is deeply remorseful for what occurred, and looks forward to living quietly with his family once he has served his sentence.”

An FBI search of Fehring’s home last November in Bayport, Long Island, yielded two loaded shotguns and hundreds of rounds of ammunition in addition to copies of letters containing threats. Investigators also found a stamped envelope addressed to an LGBTQ-affiliated attorney containing the remains of a dead bird, according to the US attorney’s office for the Eastern District of New York.

“Robert Fehring made heinous threats against members of the LGBTQ community in locations throughout New York, including Suffolk County, for nearly eight years,” Suffolk County Police Commissioner Rodney Harrison said in a statement. “Thanks to the tireless efforts of our department’s Hate Crimes Unit detectives and the diligent work of our law enforcement partners, Fehring is being held accountable for his crimes.”

At Syracuse Inner Harbor, great hopes for the aquarium