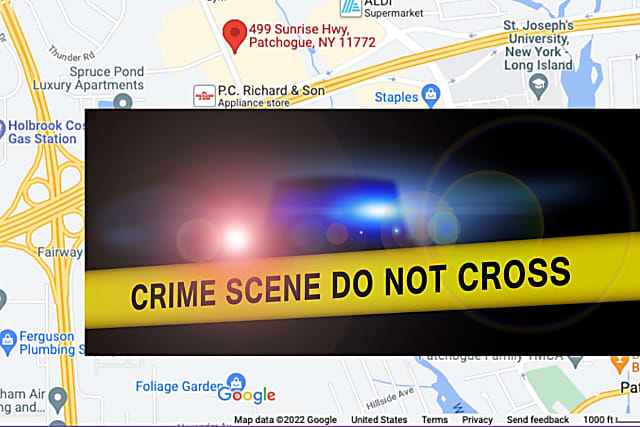 A man has been apprehended after police say he injured three people with a machete during an incident at a Long Island sporting goods store.

The incident happened at approximately 3:15 pm Friday, Aug. 12 in Patchogue.

The suspect, identified as Treyvius Tunstall, displayed identification to the employee assisting him but then pulled the identification back and walked away from the counter, according to police.

Tunstall then moved to a different area of ​​the store where he displayed a machete and attacked an uninvolved employee who suffered severe lacerations, said police.

Those victims were treated at the scene for minor injuries, according to police

Tunstall was located nearby and arrested by Fifth Precinct police officers.

Tunstall, whose age and place of residence have not yet been released, was charged with:

Tunstall was held overnight at the Fifth Precinct and is scheduled for arraignment at First District Court in Central Islip on Saturday, Aug. 13.