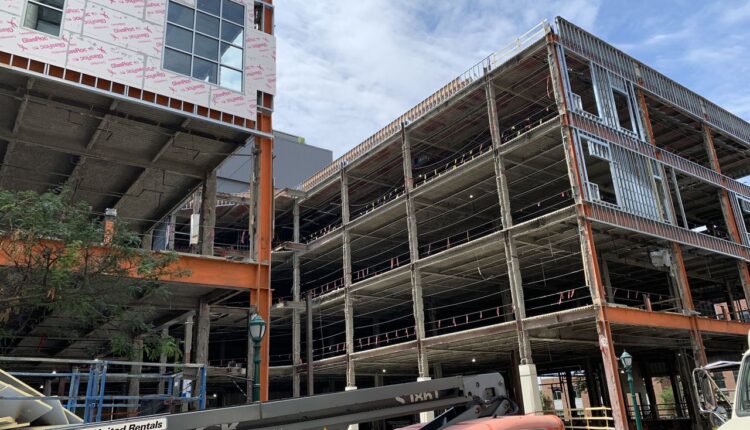 Syracuse, NY — Given an abundance of vacant office space in downtown Syracuse, the developer of the $37 million City Center project planned to turn an entire floor of the former department store into apartments. But now those plans have changed.

Hayner Hoyt Corp. President Jeremy Thurston said demand for office space at City Center, in the former Sibley’s Department Store, has been greater than expected. As a result, he has decided to forgo building 24 apartments on the building’s second floor and instead make the floor available for office tenants.

Thurston said a potential tenant approached him for 30,000 square feet of office space. But he had to turn the company down because he didn’t have that much office space available in the building.

Then he came up with a solution. Thurston decided to take 40,000 square feet intended for apartment space and get it ready for office space instead, he said.

He said he could not disclose the name of the potential tenant because no lease has been signed yet.

The turnabout goes against the real estate trend in downtown, where there is too much office space overall and luxury apartments are in demand.

But Thurston says there are a couple of unique features to the property where the former department stands that makes it attractive to companies.

Nearly 23% of top-tier office space in downtown Syracuse was vacant at the beginning of October, a rise of 3 percentage points from a year earlier, according to the most recent commercial occupancy report from the Downtown Committee of Syracuse.

Hayner Hoyt Corp. is creating this courtyard at the former Sibley’s Department Store. The courtyard will serve as the entrance to the company’s $37 million City Center project. (Rick Moriarty | [email protected])

Work began this spring to turn the former Sibley’s Department Store at 400 S. Salina St. into a mix of office, retail and residential space.

Thurston said City Center may have an advantage over other downtown office buildings for a few reasons.

First and most importantly, it has an attached 750-car parking garage that will allow tenants to park and walk into their offices without going outside, a big plus during Syracuse winters.

Second, it will be brand new space.

And fourth, having the Redhouse Arts Center in the same building means space is available for rental for company events. 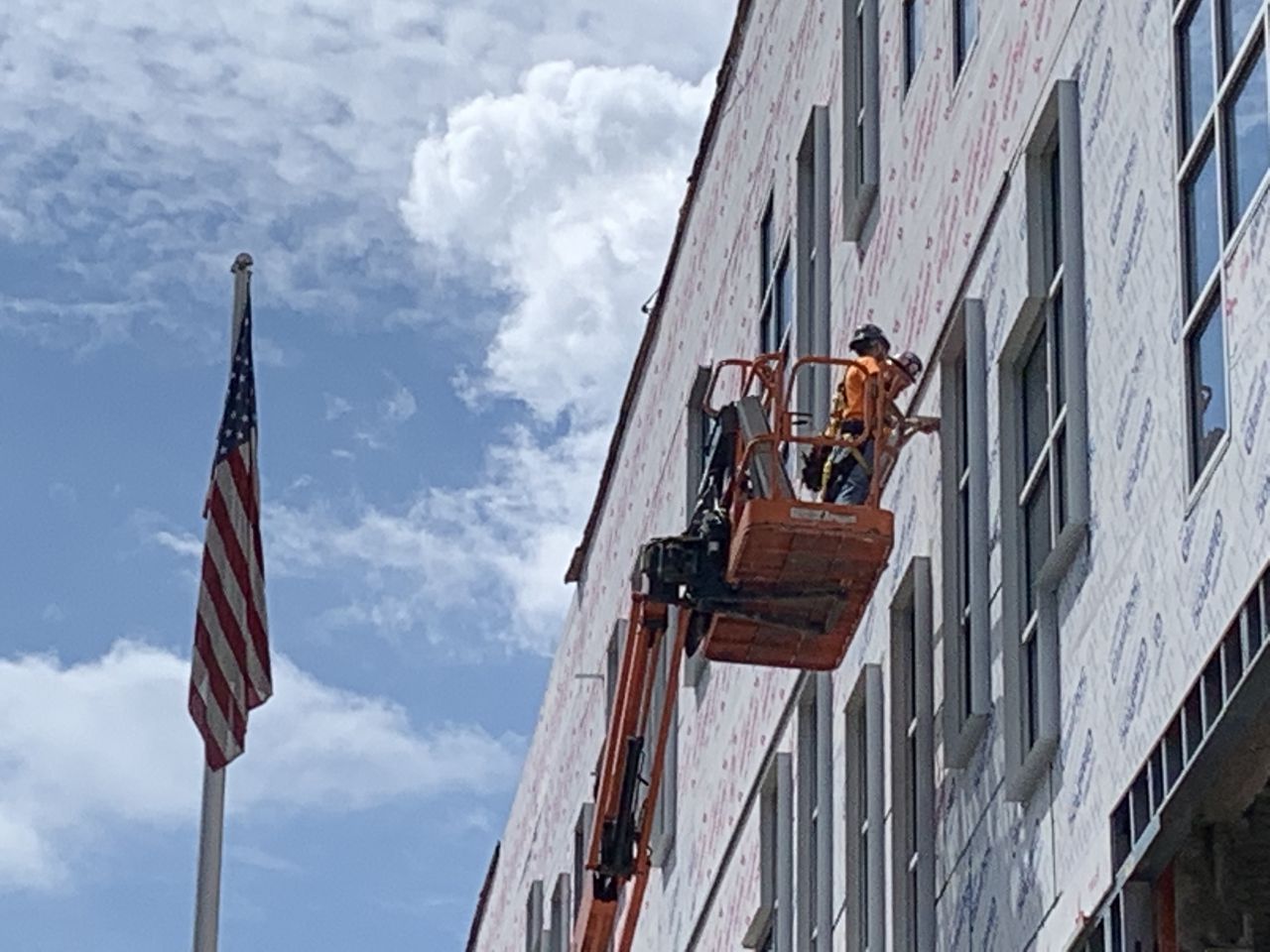 Thurston said tenants will be able to move in starting in March.

Hayner Hoyt plans to move its headquarters into the building, occupying 20,000 square feet. Huntington Ingalls Industries, a military contractor, is signed up to move its regional office from Salina to City Center, where it will occupy 50,000 square feet of space.

The company recently completed cutting a large courtyard into the middle of the building. The courtyard will give the building a new main entrance off Jefferson Street and bring more natural light into the structure. The building is also getting an entirely new facade.

Thurston said a financial institution and a convenience store are lined up for the first-floor space. He said he is looking for a restaurant or bar to also go into the first floor. 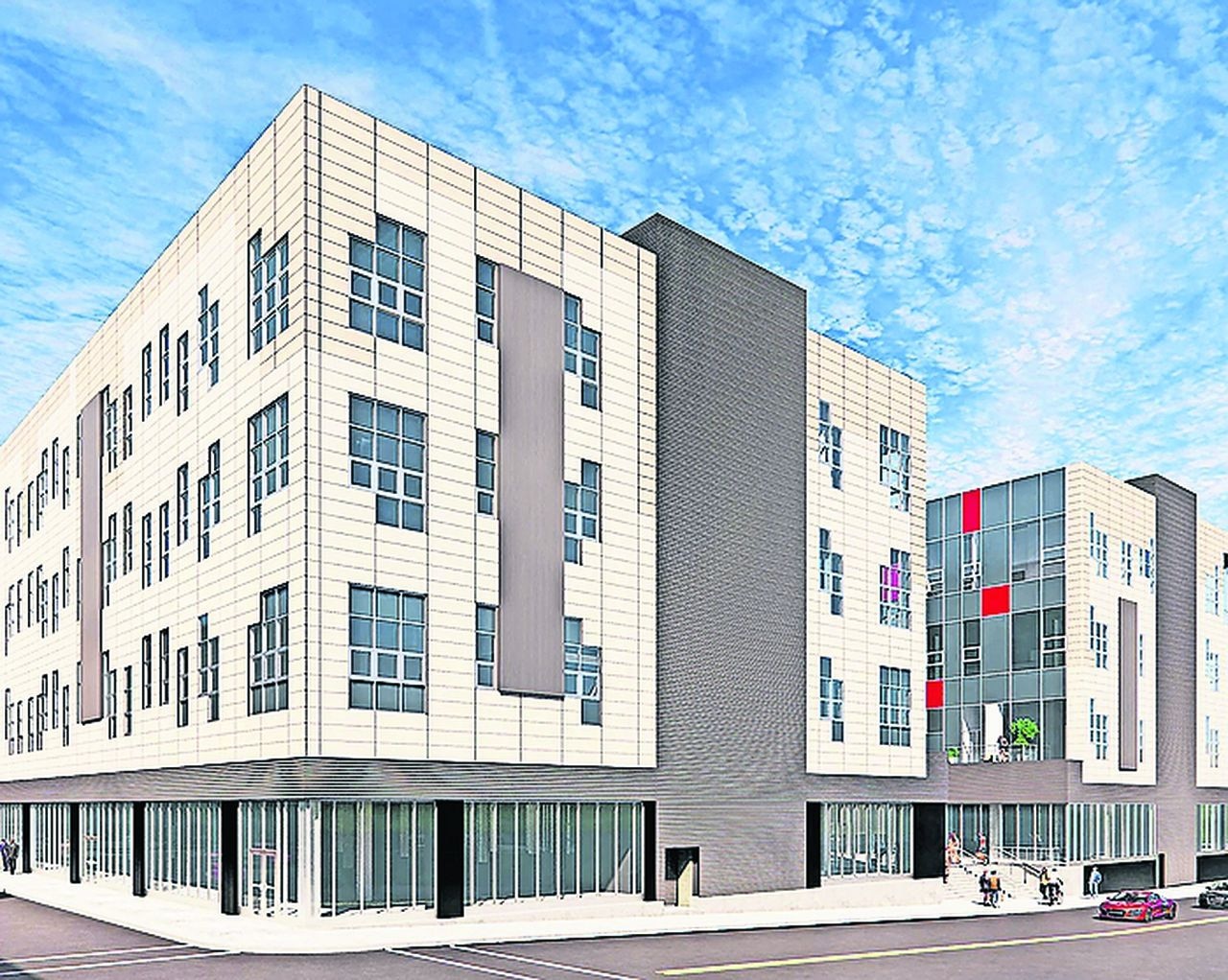 Rendering shows what the City Center project in downtown Syracuse project will look like. (Schopfer Architects)