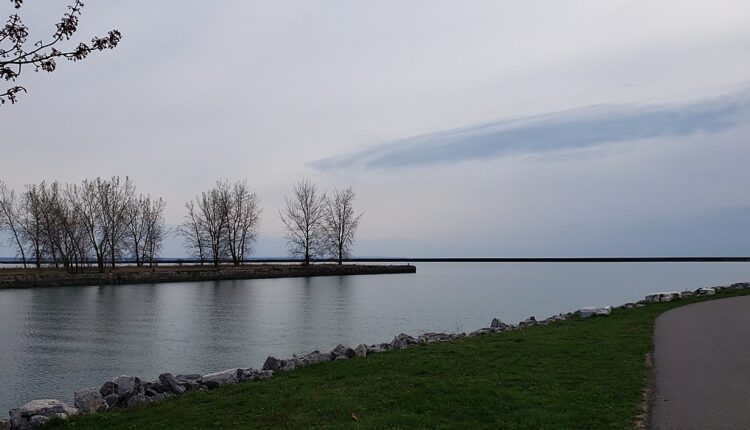 With temperatures in the mid- to high 80s this weekend and no rain in sight, you’re most likely feeling the heat. Buffalo is currently experiencing a moderate drought and has a high fire risk warning. These beaches, lakes, and other bodies of water are near Buffalo. Some are made for swimming, some are made to just hang out.

According to the National Integrated Drought Information System, 35.8% of New York is experiencing ‘Abnormally Dry’ to ‘Moderate Drought’ conditions (see graphic above) for the week of July 12, 2022.

Photo by Steve Harvey on Unsplash

Photo by Steve Harvey on Unsplash

The Buffalo area is currently under a ‘Moderate Drought’ risk,

Beaches and Lakes Around WNY

Not every body of water is safe to swim in. New York has the distinction of being the only state with two lakes among the top 10 most polluted in America. Actually, both lakes are in the top 5 and we actually have the #1 most polluted lake right here in our state. AZ Animals put out the list of the top 10 for 2022. I really feel like we actually have three lakes on the list because Lake Erie is listed for Michigan, but any pollution from Michigan surely has an effect on our portion of Lake Erie, right ?

The lake is near the Great Lakes, located northeast of Syracuse. Algal blooms and rooted vegetation hampered the recreational use of Oneida Lake, prompting the state to add the lake to its list of impaired waters under the Clean Water Act in 1998. Excess nutrients, particularly phosphorus, from agricultural, urban, and suburban runoff fueled algal blooms in the lake.

The most polluted lake in the United States is Onondaga Lake.

Onondaga Lake is a lake in Central New York, immediately northwest of and adjacent to Syracuse, New York. It is not only one of the most polluted lakes in the country, but also takes a spot in the most polluted lakes in the world. Pollution from the lake has been an issue since the late 1800s, with ice harvesting prohibited as early as 1901. The swimming ban happened in 1940, and fishing was outlawed in 1970 owing to mercury contamination. For years, raw sewage was thrown directly into the lake, resulting in high nitrogen levels and algae blooms.

Hike by waterfalls during the day and sleep under the stars at night at these 13 New York State Parks.

Did you know that New York State has more than 7,600 freshwater lakes, ponds and reservoirs, as well as portions of two of the five Great Lakes? Have you ever wondered what are the largest lakes?