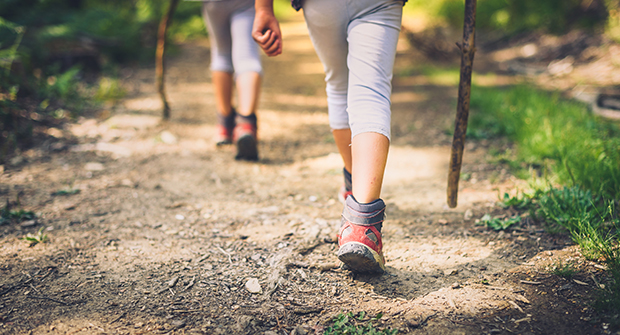 We picked five great parks to enjoy the great outdoors or meditate in nature.

Looking for a beautiful spot to commune with nature or just get away from the hustle and bustle and enjoy some time alone? These Nature preserves offer quick getaways where you can leave your troubles behind for an hour or two and just walk among the wildlife, taking in the natural beauty of Long Island in Suffolk County.

Blydenburgh County Park – Situated at the headwaters of the Nissequogue River, this 627 acre park offers visitors panoramic views of Stump Pond, miles of trails, and a wide array of cultural & recreational activities. Stump Pond was created in 1798 when Isaac Blydenburgh, along with his cousins ​​Joshua Smith II and Caleb Smith II, dammed the headwaters of the Nissequogue River in order to construct a grist mill. The dam flooded the river’s original banks to form a pond. Tree stumps on the former banks protruded through the water which is how Stump Pond got its name. Since the construction of a boardwalk through swampland in the southwest region of the park, hikers are able to walk a 5.7 mile loop trail around the entire pond. Location: Veterans Memorial Highway, Smithtown, (631) 854-3712.

The David Weld Sanctuary – An impressive array of habitats and glacial handiwork grace the David Weld Sanctuary on Long Island’s North Shore. Trails cross an old field dotted with red cedars, loop around a red maple swamp, pass colossal tulip trees, climb a 50-foot bluff overlooking the Long Island Sound and eventually lead to a kettle hole, a 60-foot-deep depression formed when a massive block of glacial ice melted in place. There are also 1,800 feet of beachfront and a number of enormous boulders scattered throughout the woods and along the shore. Location: Boney Lane, St James, (631) 367-3225.

Avalon Nature Preserve – Since its inception, Avalon Nature Preserve has sought to protect and restore the ecological heritage of this special landscape. With the purchase of 8 acres in 1997, Avalon’s evolution began; the preserve has flourished into a thriving 216 acres of fields, forest, and wetlands, 140 of which are open to the public. Location: 200 Harbor Road, Stony Brook, (631) 689-0619.

Wertheim National Wildlife Refuge – Established in 1947, Wertheim National Wildlife Refuge protects 2,550 acres on the south shore of Long Island. The refuge is bisected by the Carmans River, a New York state designated scenic river and one of the largest rivers on the island. Wertheim hosts a variety of habitats including oak-pine woodlands, grasslands and fresh, brackish and saltwater wetlands. These habitats attract and support many types of wildlife including white-tailed deer, osprey, muskrat, fox, turtles, frogs and fish. The refuge also serves as a haven for waterfowl, shorebirds, raptors and songbirds. Wertheim is also home to the refuge complex headquarters and visitor center. Location: 340 Smith Road, Shirley, (631) 286-0485.

Heckscher State Park – Heckscher State Park was once the 19th century estates of George C. Taylor and J. Neal Plum. William Nicoll, founder of the Town of Islip, originally built his estate on this property. Now, the 1,600 acres of Heckscher State Park on the south shore of Long Island are used by park visitors for a number of outdoor activities; Primarily, the park’s shady picnic groves provide the idyllic spots for family and group picnic outings. Large open fields are used for soccer, cricket, lacrosse, and other field sports. Four miles of paved, multi-use trails attract bicycle riders, walkers, and nature lovers. In addition to stunning views of the Great South Bay with Fire Island as the backdrop, visitors see whitetail deer, a variety of birds and other wildlife. Location: Heckscher Parkway Field 1, East Islip, (631) 581-2100.