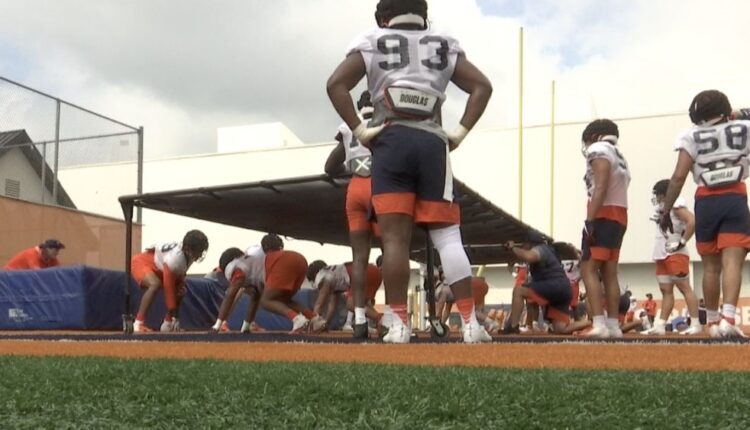 When fans think of recent big names that played on the Orange’s defensive line, some names that come to mind are Kingsley Jonathan, Josh Black and McKinley Williams.

Well, none of those names are currently on the roster.

What You Need To Know

To fans, it’s an area of ​​concern, but the players don’t see it that way. The influx of new, young talent has made some plays so far in the spring and through the first three days of fall camp.

One area where the Orange will be productive is the linebacker position. Between Mikel Jones, Stefon Thompson and Wax Marlowe, the trio combined for 15 sacks and 30 tackles for loss.

Between them and a stout secondary, the Orange should be just as good as they were in 2021.

The only question is whether the big plays the young defensive line are making in practice will carry over when they line up against different teams.