Which Syracuse Orange sport has the best chance for an ACC title in 22-23? 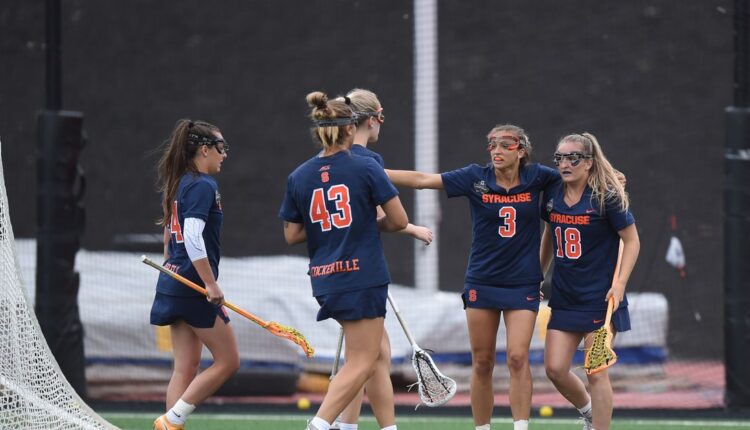 If you watched any of the Syracuse Orange takeover on the ACC Network last weekend, you were reminded that it wasn’t the best of times in 2021-22. Now this is where we point out that women’s ice hockey won their 2nd CHA title and men’s rowing had an excellent season in a sport that doesn’t have an ACC Championship so it’s not as though Syracuse was truly shut out last year. However as we turn the page to the 22-23 athletic year does Syracuse have a team that will bring an ACC title home? Let’s take an early look by sport:

Men’s basketball: The Orange aren’t winning a regular-season title but maybe a young team will mesh in March. Syracuse has struggled in the ACC Tournament but at some point they have to go on a run right?

Women’s basketball: There is definitely excitement about the reboot of the Orange women under Felisha Legette-Jack. Can Syracuse make a quick climb to the top of the league? Probably not this year but they might be closer to a title than the men.

Cross Country: NC State’s women should continue to dominate the conference as Syracuse looks to reload at the top of their squad. On the men’s side, Notre Dame will have a new coach and both UNC and Virginia have invested a lot in their programs. The Orange men will be in a tough battle to add another ACC trophy.

field hockey: Last year the Orange were a bit up and down. They trounced UNC during the regular season but failed to hold homefield in the ACC Tournament.

Indoor track and field: Syracuse doesn’t have the overall rosters to compete for a title in track. We’ll see if any individuals can claim top honors in their event.

Men’s Lacrosse: Can a heralded new class restore Syracuse to glory? It’s probably unrealistic to expect the Orange to be strong enough to win the ACC-especially as questions remain at the face-off position.

Women’s Lacrosse: Right now this is the group that has the best chance on paper. The Orange return a lot of talent while both UNC and BC will have to replace their key players. With a year experience will Kayla Treanor be able to iron out issues which plagued Syracuse in 2022?

Women’s Rowing: The Orange are a strong program but Virginia has won 12 titles in a row and they don’t seem ready to step back.

Men’s Soccer: How will Syracuse replace the offense lost from last year’s squad? Ian McIntyre has a lot of new players coming so we’ll if those newcomers can turn the close losses to wins.

Women’s Soccer: The Orange have struggled here since joining the ACC. Expectations need to focus on getting closer to .500 than winning it all.

softball: Last season saw Syracuse knock off one ranked opponent but until the Orange get a truly dominant pitcher it’s going to be tough for them to win a title.

Tennis: An up and down season for a team led by young players. Syracuse looks to be strong at the first two spots but they need more depth to win a conference title.

Volleyball: When a fall sport hires a new head coach during the summer it means that the first season could be rough. We have to see what the roster looks like next month but Syracuse will have a tough climb ahead.

If you’re looking to place a bet on a Syracuse ACC title next year I’d say go with women’s lacrosse followed by men’s cross-country. If you want to take a bit riskier approach field hockey, men’s lacrosse and men’s soccer would seem to be the next best options for you. Where would you place your bets?

Reward offered for information on thefts at Tanger Outlets