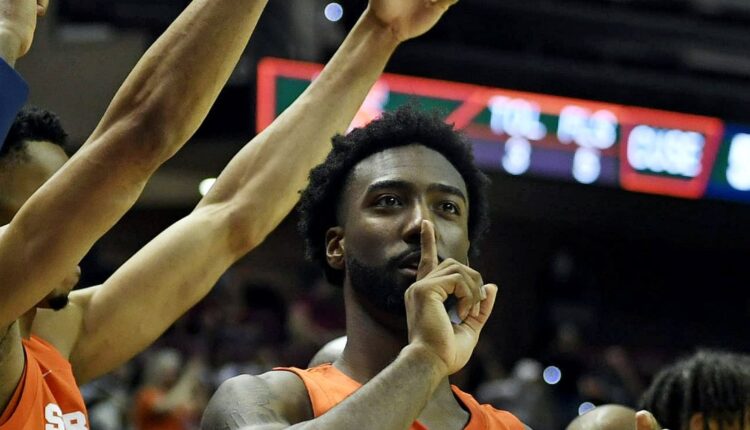 We know that Syracuse Orange football season just kicked off but it’s always a good time to talk hoops around here. This week we learned that the Kentucky Wildcats and Gonzaga Bulldogs agreed to a home and home series starting this year.

Kentucky AT Gonzaga this season, on Nov 20.

Gonzaga will make the return trip to Rupp Arena in 2023.

Mark Few has been working Calipari for years to get UK up to Spokane and he finally made it happen. Awesome for college hoops. https://t.co/V6aqRUtLuE

So that got us thinking. What school would you like to see the Syracuse men and women add for the 23-24 and 24-25 seasons? Ladies first here…and I think the choice comes down to a few schools. You could look at the former Big East rival UConn Huskies but what about a different look? There’s two other schools who would provide an amazing atmosphere for Felisha Legette-Jack’s program and that’s South Carolina and Stanford.

Yes the teams who have won the last two National titles would allow the Orange women the opportunity to measure their progress against the best. You want to help the program build a bigger fanbase- bring in one of the programs setting the bar for the women’s game. Personally I’d lean towards South Carolina because Dawn Staley might be the one coach that would be worth coming to watch.

For the men, I think there’s more options for compelling games. Some of you really want to see Syracuse-Washington for a Boeheim-Hopkins match-up. The two schools only played once with the Orange winning 91-85 in 2007 at Madison Square Garden. It’s the sentimental choice to have Hop get a warm Dome welcome.

Staying in the Pac-12, how about Oregon? The Orange have also only played the Ducks once, losing in 2018 80-65 in a game that was also played at MSG. This one might be worth it just to hear Boeheim’s thoughts on Oregon’s court design.

For this exercise though, I’m taking Texas as the school for Syracuse to sign up to play. The two schools met just once in that memorable 2003 Final Four game. With the Longhorns headed to the SEC let’s get the Burnt Orange in the home of the Orange and see what Boeheim thinks of Austin’s booming tech scene…..and if we’re luck Joe Girard sticks around so we can see a “Horns Down” celebration after a long 3.

What schools would you choose for the Syracuse men and women to face in a home and home? Let us know in the comments.

What questions do you have for the candidates for Suffolk DA?