Victor Peña trial: Peña to take the stand, ahead of closing arguments in rape and kidnapping trial on Monday 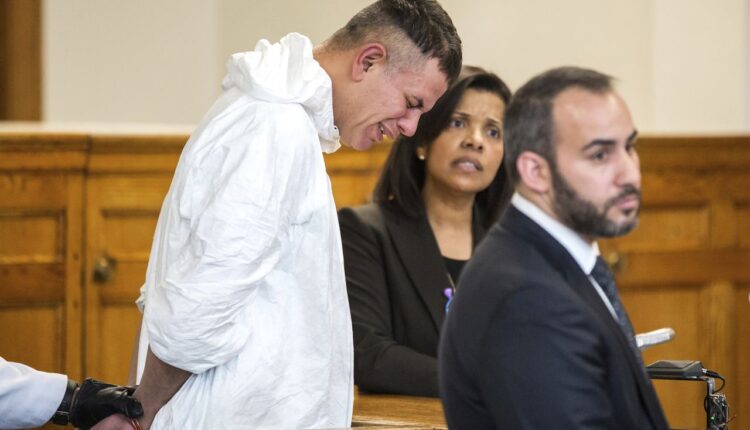 Moments before the court was primed to hear closing arguments for Victor Peña’s rape and kidnapping trial, the Suffolk County District Attorney’s office announced that Peña will take the stand on Monday morning.

The defense originally did not call any witnesses after the prosecution rested Friday, according to WCVB. The DA’s office stated that Peña is scheduled to testify in front of the court at 10 am on Monday.

Peña, 42, faces 10 rape charges and one kidnapping charge stemming from a 2019 incident in which he allegedly abducted a 23-year-old woman in Boston, held her in his apartment for three days and sexually abused her, according to the Suffolk County District Attorney’s Office.

Jurors on Friday were taken to Peña’s Charlestown apartment to see where the crimes allegedly took place, according to WCVB.

The prosecution made its case over the past week, with the trial beginning on Monday, July 18, after jury selection was complete. Jury selection was disrupted the prior week due to Peña allegedly being seen naked and committing a lewd act on a monitor in the courtroom, according to the district attorney’s office.

On Thursday, the prosecution called a digital forensic specialist to review 322 photos and six videos the prosecution said were found on Peña’s phone that included explicit images of the victim during the three days she was allegedly held captive by Peña, the news outlet reported.

The victim herself took the stand on Wednesday, and told jurors that Peña threatened her life while holding her in his apartment, WCVB reported.

“I didn’t want to die,” the victim told jurors, according to the news station. “He threatened to kill me.”

She further said that Peña told her that he rescued her and they would start a family, WCVB reported. She said she tried to escape twice unsuccessfully and wondered whether she could hit him or stab him with something, but feared what would happen if she failed.

On Tuesday prosecutors showed jurors surveillance video that they said showed Peña and his victim together, with the victim falling down and Peña picking her up and guiding her in the direction of the T, according to NBC Boston.

A retired Boston police detective, Michael Talbot, was first to enter the apartment and find the victim, according to WCVB.

“She was shaking, crying, had her arms clutching her face. She was disheveled and had a horrified look on her face,” Talbot said, according to the WCVB report.

On Monday, during opening statements, Assistant District Attorney Ian Polumbaum told jurors that for the victim, “a night out with her twin sister and some friends turned into almost three days of hell, three days of fear, three days of isolation,” according to the Boston Globe.

Peña’s own attorney, Lorenzo Perez, said during opening arguments Monday that the jury would see, “evidence of bizarre behavior and thinking which will inform your decision with regard to that element, that state of mind, that element of intent,” according to WCVB .

A Suffolk County grand jury indicted Peña on one count of kidnapping and 10 counts of aggravated rape, all of which he pleaded not guilty to. He was deemed competent to stand trial but was held without bail after being deemed too dangerous for release. The same day it was determined Peña was competent to stand trial, he attempted to dismiss his counsel and defend himself — the judge refused both requests, the Suffolk County District Attorney’s office said.

The trial has been delayed several times, prolonging the court case for the past three years — most recently, in February, when Peña asked for medical release from jail. In September 2021, Peña fired his lawyer after the lawyer reportedly refused to argue that the woman was a prostitute and later fired his public defenders — once again delaying the trial.