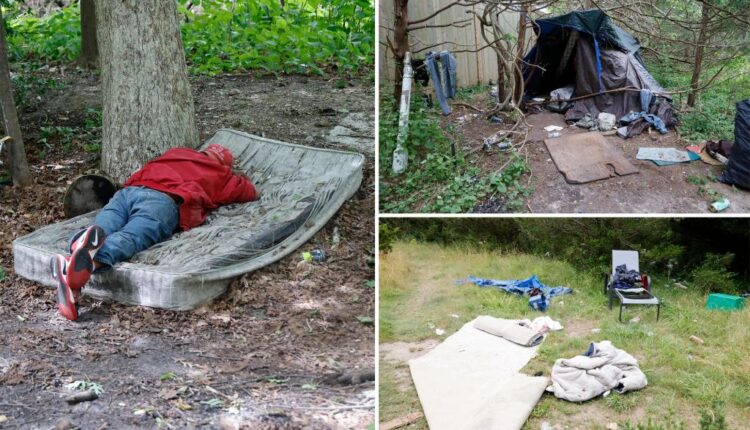 Hamptons residents said Monday they were shocked to learn from The Post that illegal immigrants were living in the woods amid the area’s sprawling mansions — as outraged online commenters blamed nouveau-riche property owners and liberal voters.

“I haven’t seen homelessness in the Hamptons at all. The first I heard of it was when I read it in The Post,” a woman in Southampton said.

“I see those guys at the 7-Eleven in the morning waiting for work. I would imagine it’s impossible for them to find housing because it’s very expensive but you don’t see homelessness around town.”

Bill Gallo, 74, of Remsenburg, said, “I had no idea. I can’t imagine people here even knowing.”

“I bought a home in the Hamptons in 2015. I spent half my time in Florida and half my time here,” the retired grain trader said.

“You walk the streets of Southampton and you don’t see any homeless.”

The Post revealed Monday that migrants were living in homeless encampments among the mansions in the Hamptons.Kevin C Downs

Meanwhile, The Post’s exclusive revelation of day laborers living in hidden encampments across the tony town of Southampton sparked condemnation on Twitter.

“One of the differences between the ‘old’ Hamptons, ie, the Hamptons that existed prior to the 1980s, and the ‘new’ Hamptons is that people in the old Hamptons would have been rightly horrified and embarrassed that the people who worked for them lived in homeless squalor,” user @EdwardMSuarez wrote. 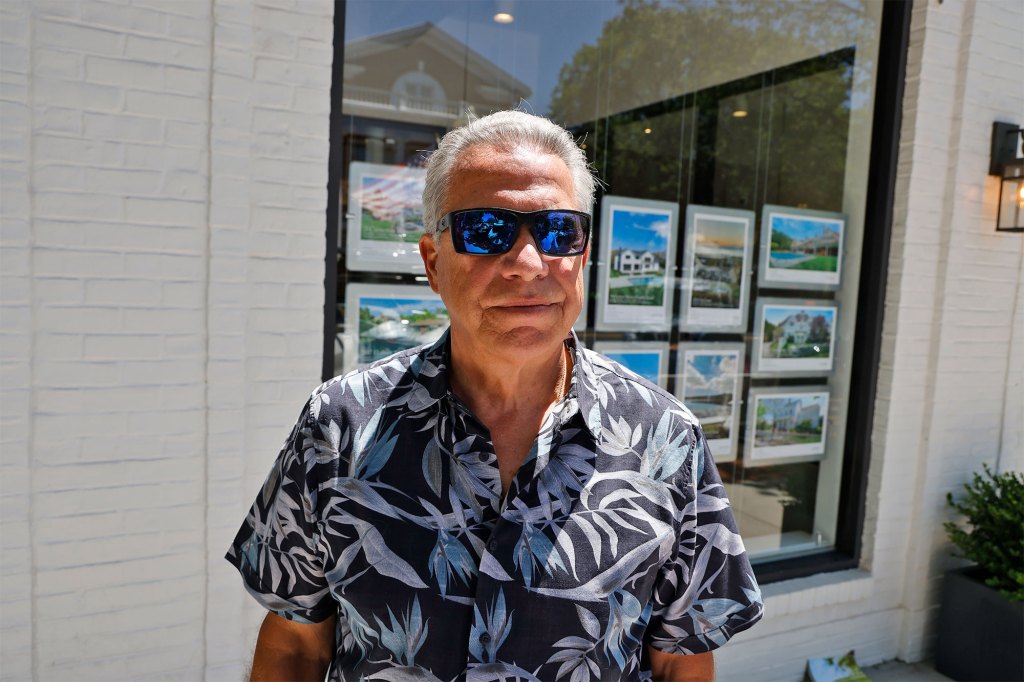 Bill Gallo said he “had no idea” the encampments were in his neighborhood.Kevin C Downs

Another user, @nyhoopcoach, said: “I’d love to see the immigrants find the conditions unacceptable, not come to Hamptons, and the rich will have to do their own work.”

Southampton Town Supervisor Jay Schneiderman blamed the situation in part on residents’ attitude toward plans for affordable housing, saying “I’ve been sued over and over” for supporting various proposals. 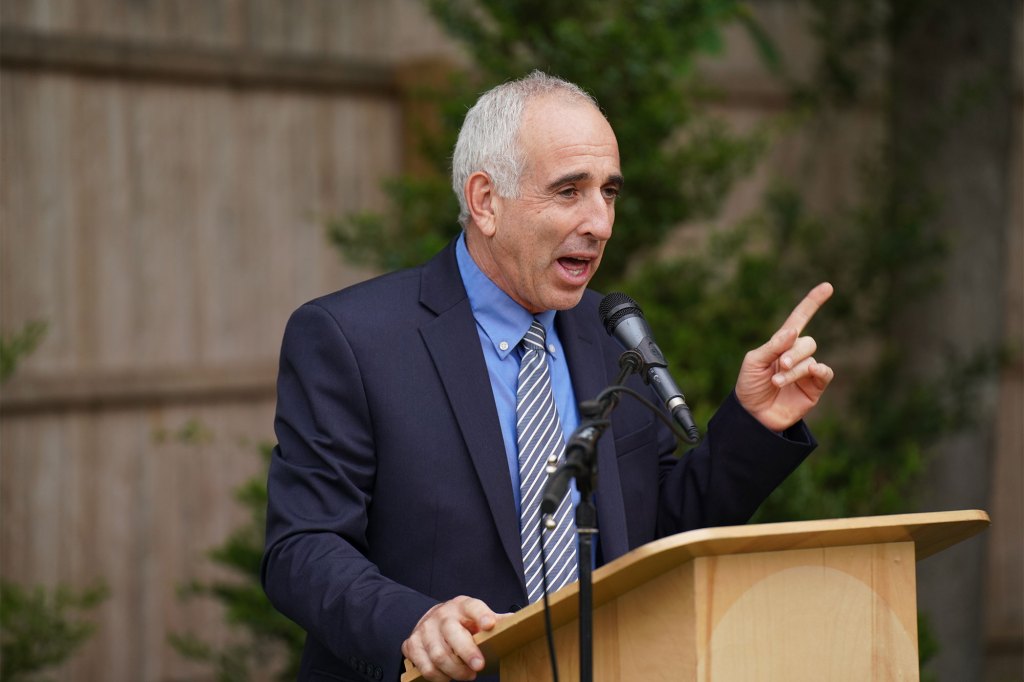 “People often don’t want affordable housing near where they live, even though they recognize the need,” he said.

“They get concerned their quality-of-life will be diminished by increased density when instead of a single-family home going up next door it’s 40 apartments.”

Schneiderman added, “I try to work on building an inclusive community with an economy that works for everybody. 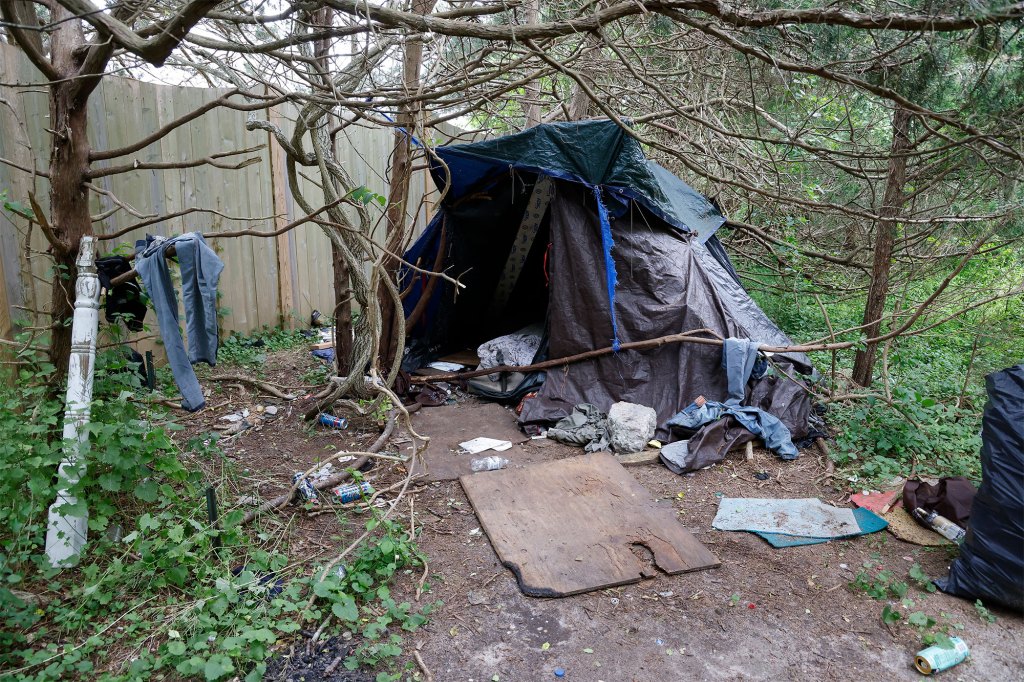 “But when land is so expensive, it’s very hard to make the numbers work.”

Southampton is reviewing plans for 60 units on a site behind the Southampton Full Gospel Church along Route 27, where The Post found illegal immigrants living in the woods.

The nonprofit developer, Concern Housing, said they hope to start construction in December but the migrants “will not be eligible for the affordable housing because they must have a legal status.” 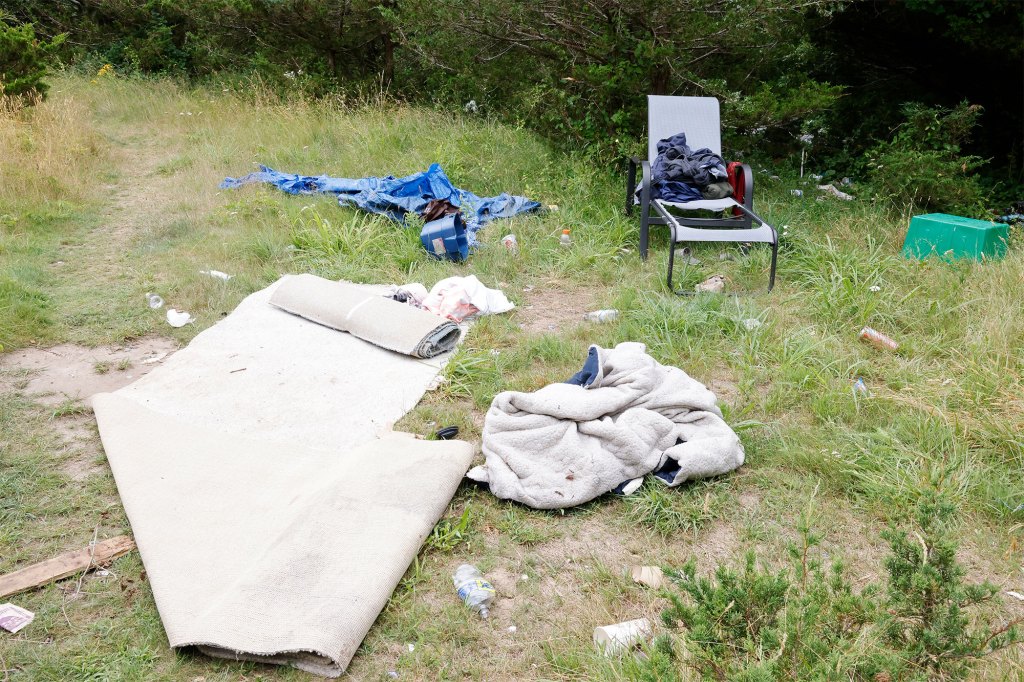 The Post found the migrants living on land the town is reviewing to build 60 units on.Kevin C Downs

“So it would be challenging for an undocumented person to meet those requirements,” he said.

Westhampton Beach Mayor Maria Moore, whose village has an encampment in the woods behind an abandoned gas station, did not return emails seeking comment.

Bryan Browns, chief legal operations officer for Legal Aid of Suffolk County, told The Post, “Our only concern is the well being of the workers who are homeless.

“If we can help one person with a blanket or a tent, then our mission is progressing forward.”

A spokesperson for Suffolk County Executive Steve Bellone said in an email, “Without question, there are serious concerns regarding affordable housing on the east end of Long Island.”

“Our Department of Social Services coordinates with local officials and non-profits to provide any available resources to those in need,” the spokesperson added.