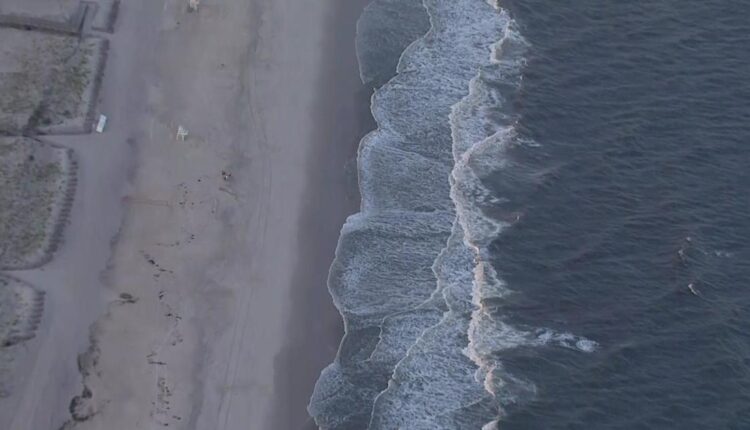 KISMET, NY — A teenager was reportedly begged by a shark on Fire Island on Wednesday.

It happened around 5:45pm just off Kismet Beach.

Suffolk County officials say a 16-year-old male surfer was begging on his right foot and ended up with a 4-inch gash.

He managed to walk back to shore on his own and was taken to a local hospital. He is expected to be OK.

RELATED STORY: Shark sightings continue across area beaches as crowds look for ways to cool off

No lifeguards were on duty at the time of the attack.

A police aviation unit went up but said the water was too murky to spot the shark from its chopper.