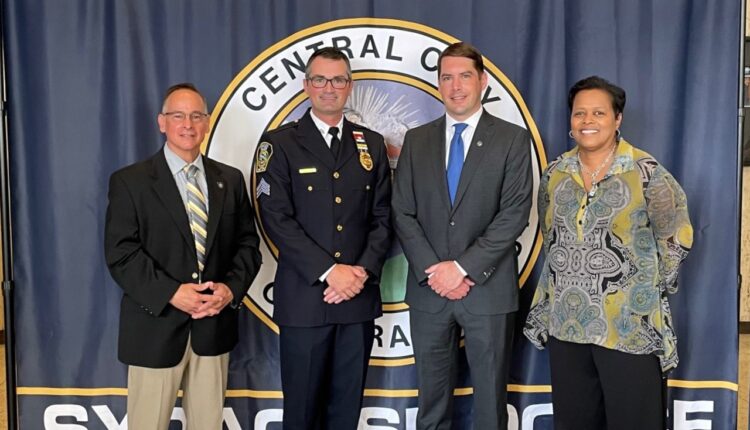 Courtesy of the Syracuse Police Department

Rusin is known throughout the Syracuse Police Department and the community for his work implementing the body-worn camera program, updated policies, and reform initiatives like the 2019 Use of Force Policy.

From his work on police-community dialogue circles to helping train officers on new policies and procedures to being a liaison to the Citizen’s Review Board, Mark has demonstrated the ability to bring the community and our officers together to make the Syracuse Police Department the very best it can be

Rusin served as a patrol officer in the Uniform Bureau from 2007 to 2009 and later served as a detective in the Criminal Investigations Division until 2018. After his time as a detective, Rusin became the department’s legal services liaison.

Throughout his career, Rusin has earned many awards. These include: