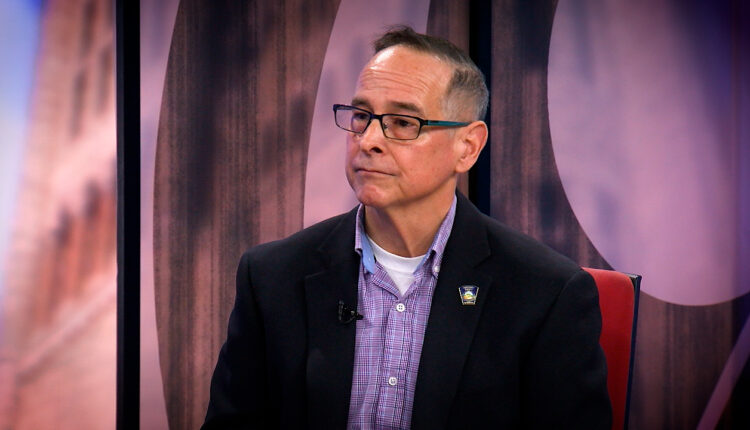 In an interview with Newsmakers, Cecile spoke about the investigation into Officer Milton Sustache’s actions while responding to his sister Tatiana Sustache’s drunk car crash early on New Year’s Day.

“Some of the things we see with our officer on their body cams could be official misconduct or something else. Official misconduct is a crime,” Cecile said. “It can go beyond administration and just become a criminal act,” the boss reiterated.

For the first time, Chief Cecile said the officer received permission from his superior sergeant to leave his post in the city of Syracuse in response to his sister’s accident on John Glenn Boulevard in the city of Salina.

“The sergeant … thought he’d just walk away and quickly ask, ‘Is my sister okay? Has she been hurt?’ That would have been fine. Then he would go back on duty and take his calls,” Cecile said.

“He didn’t do that,” Cecile continued. “He meddled with this investigation on numerous occasions, telling his sister things he shouldn’t have told her when she was there and jeopardizing the entire investigation. Tampered with, in my opinion.”

Despite her brother’s response, Tatiana Sustache was still charged with DWI.

Officer Milton Sustache has also been placed on administrative leave.

In his affidavit obtained by NewsChannel 9 almost two weeks ago, the arresting deputy wrote that “Sustache’s brother interrupted testing to try to stop testing. When told that testing would continue, he advised Sustache to decline all further testing.”

The MP claimed: “Her brother advised her to complain of injuries, which she initially denied, and to be taken to hospital for treatment.”

“To be honest, when I watched the whole video, I was embarrassed that a member of my department would do something like that,” Cecile said.

The Onondaga County District Attorney is investigating the actions of both the officer and the responding paramedic.

“While awaiting treatment at Crouse, the EMS staff announced that they had pushed two full liters of IV fluid to try and lower Sustache’s BAC,” the deputy reported.

In an interview with NewsChannel 9, Onondaga County Sheriff Toby Shelley said, “We were told that the EMT gave the driver … two IV fluids, which I don’t think is normal.”

2. Blizzard that packs a major blow in the Northeast