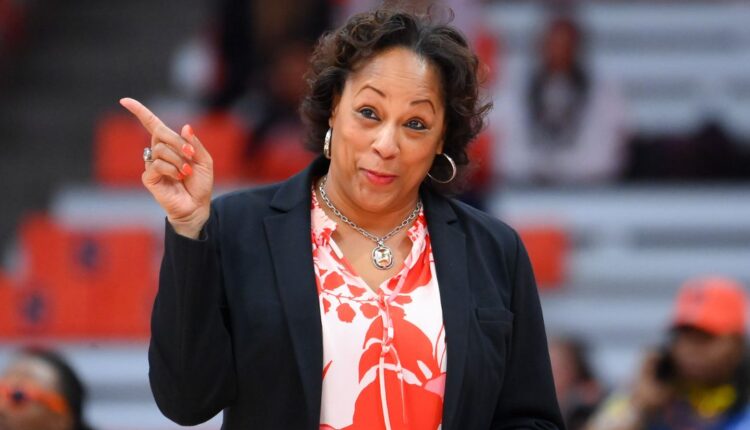 Even with back-to-back double-digit losses to #7 Notre Dame and Georgia Tech, it’s hard not to take a brief moment to commend the Syracuse Orange women’s basketball team (13-6, 4-4) for what the Program offers done in year one of the Felisha Legette-Jack era.

That starts with announcing that Syracuse was considered the “Next Four Out” team in a previous edition of ESPN’s latest bracket projection. Georgia Tech’s loss last week eliminated the orange from the most recent version. Given Orange’s lack of continuity and reliance on transfers from other programs this season, it’s a notable step in the right direction for a team lacking one thing in 2021-2022.

As always, we take a weekly look at the past week of women’s basketball in Syracuse and what’s going on elsewhere in the NCAAW world.

Removal of the bracket

That’s right: It’s time to unveil a new category that Orange is expected to at least be in the mix to sneak into the NCAA tournament. Syracuse is currently 67th in the NET rankings with three wins against top 100 programs. Orange’s upcoming schedule will also give the team plenty of opportunities to improve their CV. To this point, only four of Syracuse’s 19 games this season are against top 100 NET programs.

However, at the end of the regular season, which includes four ranked conference games (#7 Notre Dame, #12 Virginia Tech, #13 Duke, and #17 North Carolina), the Orange will be up against a highly competitive 10-game list . and four additional competitions against scheduled NCAA tournament-bound programs (Virginia, Louisville, Florida State and Miami). For context, here are the CVs of these opponents:

Translation: Winning some of these matchups will give the Oranges many CV advantages.

Anyway, onto the bracket. Parity remains a key theme of this year’s women’s basketball season. ACC, Pac-12 and SEC are all tied for most teams expected to compete in the 2023 NCAA tournament (eight programs). To enter the tournament, Syracuse must have some (or even most) of the following benchmarks: top-half record in the ACC, a place in the conference semifinals or finals, and at least two AP Top 25 wins.

I’ll have a detailed article on where Syracuse needs to finish in its upcoming conference, but without a doubt Syracuse needs to be in the top half of the ACC. If I were to rank all teams in the conference based on their likelihood of receiving a tournament bid, it would look something like this:

From the outside to the inside: SyracuseClemson, Boston College

The Orange would have to make a leap to that next level to have a puncher’s chance of earning a spot in a March Madness game.

The orange this week and next week

Note: All team records include games up to and including Saturday 21 January.

Syracuse have lost two games in a row since our last update due to some late game collapses, first at home to #7 Notre Dame and then away to Georgia Tech.

This week, the Orange will bid for a road game against #13 Duke on Sunday afternoon before returning to the Dome for a Thursday night matchup against Virginia.

The TNIAAM Orange Player of the Week

Fair was a solid plus in a week of disappointment for the Orange as she became the only Syracuse player to hit double digits (15.5 PPG) in both of the team’s games last week. I’d like to give a quick shout out to Kyra Wood (25 MPG, 7.5 PPG, 7.5 RPG, and 1.5 BPG), whose stats don’t accurately reflect her improvement in color at either end of the court. With that in mind, Fair proved crucial in keeping Syracuse afloat in the last two games.

ACC Power Rankings and a look at the conference

Note: All team records include games up to and including Saturday 21 January.

As usual, here’s where things stand in the ACC when it comes to this week’s games:

Heading into the weekend, here are some games to watch with the ACC programs this week:

TNIAAM Community: Do you think Syracuse has a shot at an NCAA tournament spot? Share your thoughts in the comments below.