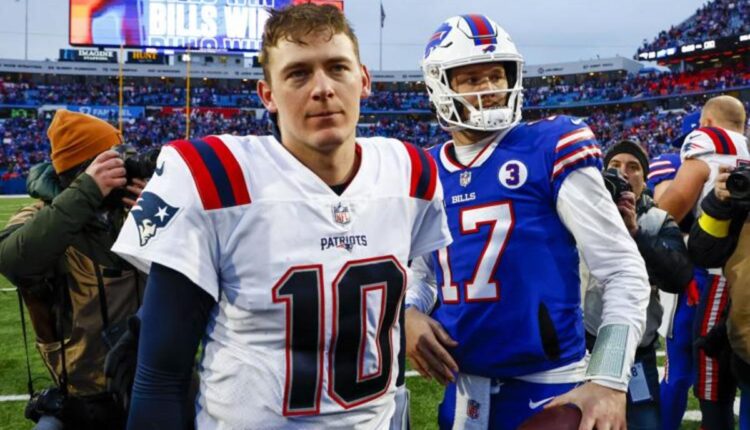 Hate the Buffalo Bills. Or love the AFC East.

While former New England star Rob Gronkowski has the audacity to boast about joining “Bill’s Mafia” during the NFL playoffs, Patriots fans are understandably conflicted over Sunday’s AFC Divisional game between Buffalo and the Cincinnati Bengals.

New England played both teams in the regular season, going down 0–3 on aggregate.

The Patriots lined up to beat the Bengals on Christmas Eve until Rhamondre Stevenson’s last-minute fumble ran back inside the Cincinnati 10-yard line and resulted in an agonizing 22-18 loss. And as for the Bills, of course they’ve dominated New England for the last few years, winning six of their last seven games with a 139-71 aggregate score.

The Pats’ season ended at Buffalo’s Highmark Stadium for the past two years, most recently in Week 18 when they capitulated two long kickoff returns with a 35-23 loss that left them 8-9 and out of the playoffs.

The Bengals start ex-patriot Ted Karras at center. The Bills boast the feel-horrible-turn-feel-good story of the season at Damar Hamlin.

There was a time when Tom Brady and Bill Belichick helped out the Patriots this weekend. During the Dynasty, they played in 14 divisional round games and went on to record an amazing 13-1 on their way to six Super Bowl titles.

But now that the Pats haven’t made it this far for the fourth year in a row, it’s…

Are you bragging about the Bills proudly carrying the AFC East banner?

Or do you appreciate the fact that no team in the division other than the Patriots won a Super Bowl in 1973?