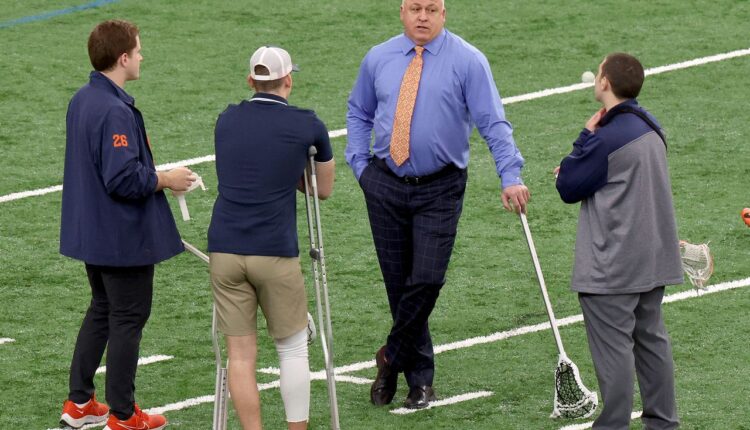 Syracuse, NY — After his freshman season at Canisius, where he finished second in the MAAC in faceoff wins, Johnny Richiusa announced on Instagram he is transferring to Syracuse.

Richiusa will enter the program as a leading candidate to take over for graduating senior Jakob Phaup.

Richiusa picked up 149 faceoff wins and averaged 7.43 ground balls per game for the Golden Griffins last season. Both ranked second in the conference. His .521 faceoff winning percentage ranked third in the MAAC and 39th in the nation.

Richiusa did not immediately respond to a message seeking comment.

Phaup was an ironman at the X and leaves one of the biggest holes on the roster heading into the next season.

He took 419 of the Orange’s 438 faceoffs, setting a program record. After sharing duties during the first game of the season, Phaup took 401 straight faceoffs to end the year. He ranked sixth in the nation in faceoffs taken and 11th in winning percentage.

The Orange was looking to replenish its faceoff depth after Jack Savage, who was 8-for-14 on faceoff attempts last year, entered the transfer portal after the season.

Sophomore Jack Fine (3-for-5 in faceoff attempts last year) and incoming freshman Gavin Gibbs will join Richiusa in the competition to start.

A women’s lacrosse player from Japan grew up idolizing Kayla Treanor, then got to meet her hero

Retiring Roy Simmons III reflects on era of Syracuse lacrosse dominance: ‘Wow. we did that’