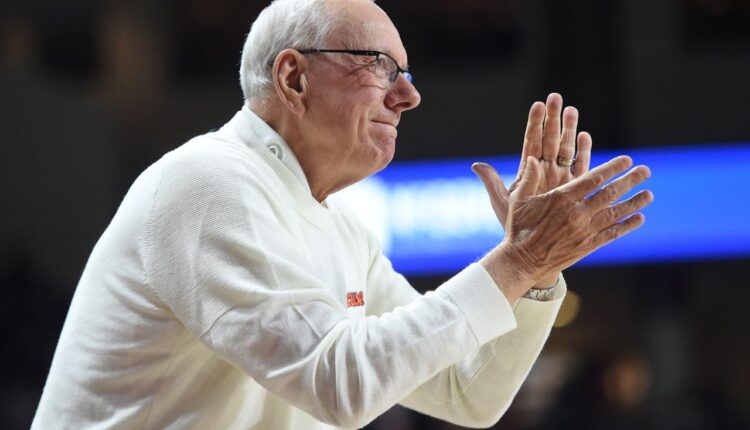 Syracuse, NY ― Syracuse appears to have one less challenger in the recruiting race for elite 2023 big man JP Estrella.

Estrella, a 6-foot-11 center, has canceled a previously scheduled visit to Duke, according to on3.com. Estrella was scheduled to visit the Duke campus on July 31.

Estrella, ranked as the No. 18 prospect in the 2023 class by on3.com, is scheduled to visit Syracuse on Aug. 4-6. He will visit Iowa on July 28-30. He previously visited Marquette and Tennessee.

This will be Estrella’s second trip to Syracuse. He took part in SU’s Elite Camp last year. After the camp, he received a scholarship offer. It was his first offer from a Division I school.

He is ranked No. 54 in the class by 247Sports.com, but his profile has been on the rise over the past year. He has grown eight inches since his freshman year of high school. He recently took part in the NBA Top 100 camp.

The Nerd Team: A look at who Boeheim’s Army will play in TBT second round

The Edmonton Oilers’ ECHL affiliate will be the Fort Wayne Komets