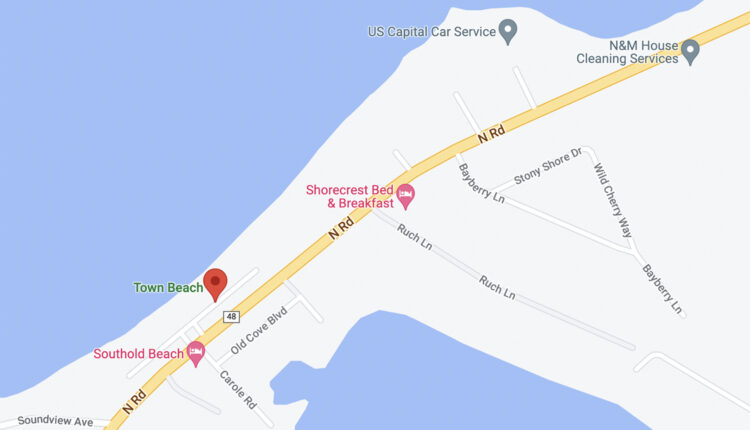 A standoff between an armed man and Southold Town police ended Tuesday night when the man climbed a tree, tied a rope around his neck and stepped off, according to a police media release.

Officers at the home on Ruch Lane were able to quickly climb approximately 16 feet to “support him enough that he did no asphyxiate,” police said. The man was semi-conscious as members of the Southold Fire Department and Suffolk County police emergency services section assisted in freeing him from the tree, police said.

The man was transported to nearby Town Beach where a Suffolk police helicopter was responding to airlift the man to Stony Brook University Hospital. Before the helicopter landed, the officers in the air spotted a capsized boat about 200 yards offshore at Town Beach in Long Island Sound and three people in the water. The officers in the helicopter dropped an inflatable tube to the three people to use until a fire department boat could arrive, police said.

The helicopter then landed to continue the medevac for the man who attempted suicide.

Police had initially been called to the home by the man’s father shortly after 6 pm Officers were told the man had a handgun and would allegedly shoot responding officers and then himself. Police established a perimeter and instructed neighbors to shelter in place.

Police said officers attempted to get the man to climb down from the tree and seek treatment, but he refused and eventually tied the rope around his neck.