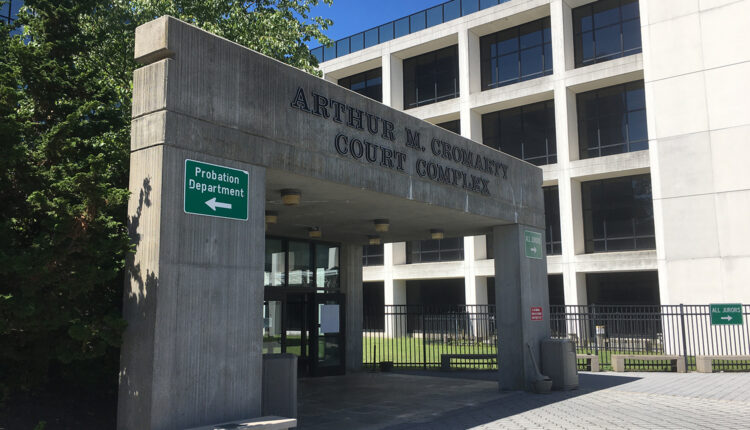 A Calverton man who allegedly stabbed a friend last week and nearly killed him is now facing an upgraded charge of attempted murder, according to the Suffolk County District Attorney.

Ronald Oscal Cruz, 29, was indicated on the upgraded charge after he was arrested last Monday night for using a large kitchen knife to stab a 36-year-old in the back. Riverhead Town police charged him with first-degree assault and fourth-degree criminal possession of a weapon at the time of the arrest. He is now facing the additional charge of second-degree attempted murder.

District Attorney Raymond Tierney said the victim has endured numerous surgeries since the attack and remains hospitalized while recovering from “life-threatening wounds.”

“The message of this case is clear, if you violently endanger the lives of others in Suffolk County, you will be prosecuted to the fullest extent of the law,” Mr Tierney said in a statement.

The DA identified the victim as Oscar Neri Reyes of Riverhead. The defendant allegedly stabbed him “multiple times in the back” and he suffered lacerations to his stomach, spleen, pancreas and colon. He was initially treated at Peconic Bay Medical Center where he underwent his first round of surgeries to control the “massive blood loss” and then was airlifted to South Shore Hospital in Bay Shore, according to the DA. Mr. Neri Reyes nearly died in the helicopter, the DA said, and he underwent additional surgeries at South Shore Hospital.

On the night of the attack, a plainclothes police officer had spotted the defendant chasing the victim down Main Street. The victim collapsed on the ground near 11 W. Main St. and the defendant fled in the opposite direction. Police arrested Mr Oscal Cruz a short distance away and recovered the knife.

Mr. Oscal Cruz was arranged on the upgraded charge Thursday before Judge Anthony Senft in Suffolk County Court in Riverside and was held on $1 million cash or $2 million partially secured bond. He is being represented by Legal Aid Society and is due back in court Aug. 16.

The two men were described as “good friends,” in court papers. Mr. Oscal Cruz allegedly said he “was going to assassinate someone tonight,” and then went to the Roanoke Avenue home of the victim, according to the criminal complaint filed after the initial court appearance in Riverhead Town Justice Court.