Ross Memorial Park to have new playground, pavilion upon reopening 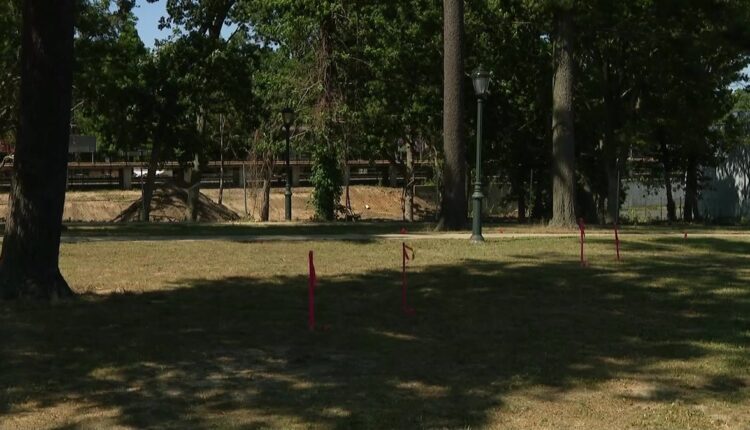 The park was closed in September of 2020 following an incident where two police officers were injured, and it was caught on camera.

In April 2021, local leaders urged the Town of Islip open it back up, but the park is still fenced in.

“They need to open it back up, especially for the kids,” says Andrea Moore, of Brentwood. “Have somewhere for the kids to go after school or whatever, they can go there and have fun.”

Work began Monday towards reopening Ross Memorial Park to greater heights than it was before.

New York state gave the town $655,000 in funds so the park could get a new playground, pavilion and a parking lot.

Islip Town Supervisor Angie Carpenter says the delay in reopening the park was due to the pandemic and to make sure the space would be safe.

“You can’t close the park for a week, you can’t close it for a month and expect all the activity is going to go away permanently,” Carpenter says. “It was impossible to maintain safety in the facility. It literally was an open-air drug market.”

When the park opens back up, new surveillance cameras will be operating and the town will ask police to patrol the area more often.

The town supervisor says the park likely won’t reopen before the spring of 2023.

News 12 reached out to Suffolk County about the bus shelters. They did not get back to us as of Monday evening at 10 pm