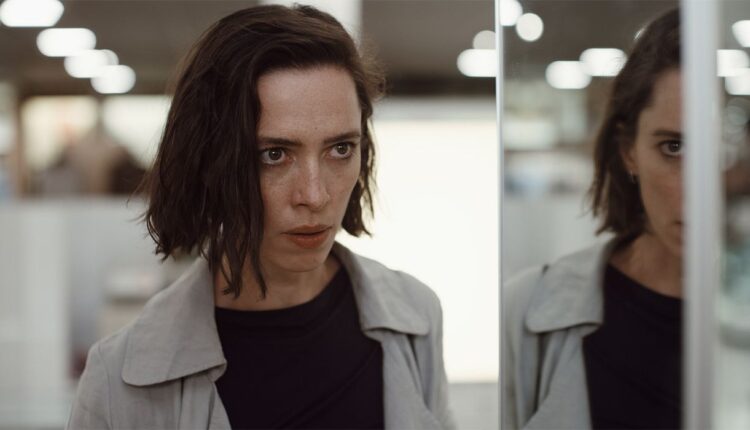 recovery see Rebecca Hall returning with a brand-new thriller after 2021’s Night House. The psychological thriller film is written and directed by Andrew Semans. The movie sees Hall as the leading protagonist, Margaret, who is haunted by her past. Besides her, Resurrection also stars Tim Roth as the man haunting Margaret. The plot follows Margaret, a single mother, who comfortably manages her job, life, and parenting her 20-year-old daughter. And then her life is upended by the sudden return of her ex-boyfriend, who comes carrying with him the horrifying past of Margaret’s life that she left long behind and moved on.

After a successful premiere at the 2022 Sundance Film Festival, Resurrection is all set to premiere at theaters. And from what we know so far, it is going to be a gripping thriller, as you can expect from Rebecca Hall, who’s best known for portraying intense characters. So, before the psychological thriller movie hits the theaters, check out all the details, from the release date, plot, and trailer, to the cast, character, and everything we know so far about Resurrection.

COLLIDER VIDEO OF THE DAY

When Is Resurrection’s Release Date?

Resurrection made its premiere at the Sundance Film Festival in January 2022. The film will now get a limited release at theaters across the United States on Friday, July 29, 2022, followed by a video-on-demand release on August 5, 2022. IFC Films, the distribution partner for Resurrection, also wants to release the thriller film for streaming on Shudder.

There are two trailers for Resurrection, the first one released in May 2022 and the latest one in June 2022. Both the trailers prove that this is going to be a very dark, intense, and engrossing thriller that will keep you on the edge of your seats. There are also a few psychological horror elements that only intensifies the feel of the story. Although between both the clips, we get an overview of the plot and the characters of Margaret and David, neither of the trailers give away any answers to the questions that they raise. Rather, they touch upon the disturbing things that cause Margaret to relive some kind of past trauma.

We don’t know what her past holds, but her reaction to seeing David does not go down well. Margaret is scared, stressed, and extremely disturbed, turning from a woman who has it all together to a paranoid, psychotic individual. It’s also possible that most of it is her mind working against her will, as hinted by Abbie, her daughter, who thinks it’s one of Margaret’s “episodes”. By the end of each trailer, you are forced to wonder what exactly happened and that’s why you have to watch the movie to find out more.

Who’s in the Cast of Resurrection?

Resurrection features The Gift star Rebecca Hall and The Hateful Eight star Tim Roth in the main roles. Besides Hall and Roth, the cast also includes Grace Kaufmanwho is best known for Sister, The Last Shipand Man with a plan; Michael Esperwho previously appeared in Ben is Back other runner runner; other Angela Wongwho is best known for Chicago Med other Swipe Night. The cast also features Josh Drenn, Winsome Browneand Jamie Zevallos.

Who Are the Confirmed Characters in Resurrection?

Here’s a list of all the major cast members and the characters they are playing:

Rebecca Hall as Margaret – Margaret is the story’s protagonist. A single, working mom, Margaret manages her life quite well, balancing her successful professional life and personal affairs. And then her past comes back to haunt her and disturb the order.

Tim Roth as David – David is Margaret’s ex-boyfriend who suddenly returns and upsets Margaret’s well-settled life. David used to be abusive and holds some dark secrets about Margaret that could ruin everything she has built after she left him.

Grace Kaufman as Abbie – Abbie is Margaret’s daughter and only child, and she is fiercely independent.

When Was Resurrection Filmed and When Is it Set?

The principal photography for Resurrection took place in the summer of 2021 at the movie’s location in Albany, New York. Although nothing is specified about the timeline, the plot of Resurrection seems to be set in the present day, at the time it was shot, that is, between 2021 and 2022.

What Is Resurrection About?

Here’s the official synopsis of Resurrection:

“A woman’s carefully constructed life is upended when an unwelcome shadow from her past returns, forcing her to confront the monster she’s evaded for two decades.”

Margaret leads a successful life, personal and professional. She is well-settled in her job and is a single mother of a 20-year-old daughter, Abby, who seems to be quite self-sufficient. Margaret’s life is good, in fact, it’s great, as one can expect. Things seem to be going smooth and in control, until one day, she notices her ex-boyfriend, David, sitting at arm’s length at a conference. For over two decades she has managed to keep her past, including David, at bay. And then this unexpected event stirs up horrifying memories of her past. So, now, Margaret has to protect her daughter and herself from whatever “unforgivable” that she has been running from, even if it means confronting David or her own demons.

How Is the Critical Response to Resurrection?

Hall is superb as Margaret, who exudes confidence and style on-screen until her reunion with a former ghost. After seeing David again, Margaret’s slow descent into madness and paranoia could not be better portrayed by anyone than Hall. Even before we learn her history with David – in a stunning uninterrupted 8-minute monologue – we know she is completely shaken and for good reason. David, who initially appears aloof and clueless, soon bares his teeth and Roth’s face turns from docile to snarling in a split second.