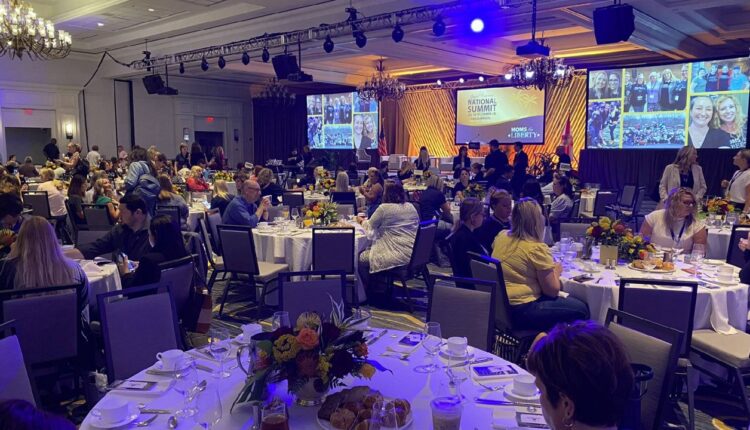 TAMPA, Fla. — Two major political conferences are happening in downtown Tampa this weekend in hotels directly across from one another.

What You Need To Know

School safety and security measures were the focus of a Moms For Liberty panel involving Sen. Rick Scott.

Brianna Richardson is a mother of two and one of hundreds who traveled to Tampa for the event.

“I could never imagine being in this situation here with these school shootings,” said the Suffolk County, NY Chapter Chair.

This is the first national summit for the conservative parental rights group.

Myosha Powell attended as a guest and says she got a better understanding of the concerns of parents.

“When I become a parent or as an aunt, I don’t want to think that my nieces or nephews or potential kids would be just kind of on their own in a moment like that,” said Powell.

The former governor of Florida described his experience with four mass shootings, including at Marjory Stoneman Douglas.

“It still makes you mad,” said Scott. “You watch Uvalde now. I’m a process person. How do you make processes, make sure the risk this happening again is reduced?”

While governor in 2018, Scott signed the Marjory Stoneman Douglas High School Public Safety Act into law. It was the first gun control legislation enacted in the State of Florida that allowed some teachers to be armed.

Scott, who supports the second amendment, says there is still room for improvement with the bill. He says he feels the same about the recent bipartisan gun bill signed by Congress last month. During the panel, he said, “It should have been a school safety legislation.”

“Young men in this country that are committing these crimes. Something has got to change. We can’t keep going on like this. We know we have a mental health issue,” said Scott.

School security was also discussed by Democrats at their Leadership Blue event, which is happening this weekend as well.

“What we can do better, whoever is the trigger puller in a mass shooting, someone who has been disconnected from society, whether through mental illness or a variety of other factors,” said Democratic Public Education Caucus of Florida President Scott Hottenstein. “The best defense against a school shooting is getting more counselors hired and more one-on-one relationships.”

For Richardson, all perspectives on the issue are important — especially from parents.

“We are sending our kids, we are trusting our kids with the school system, so they need to trust us and our input,” Richardson added.

People from both parties say they agree on this: they want to be part of the solution and provide the safest environment for their children to learn.