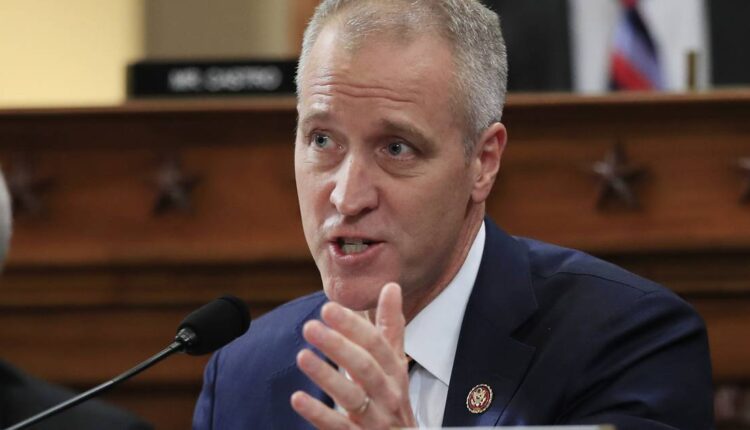 Before Rep. Sean Patrick Maloney (DN.Y.) became chairman of the powerful Democratic Congressional Campaign Committee in 2021, he took more than $50,000 worth of junkets to European capitals that were partly paid for by a right-wing think tank closely aligned with the Republican party, a Daily News analysis of public records found.

In the five years preceding his ascension to the powerful political post, Maloney attended several junkets co-sponsored and paid for in part by the Ripon Society, a right-wing think tank named after the Wisconsin town where the Republican Party first began to take root .

Maloney is running in a Democratic primary for New York’s newly drawn 17th congressional district against an avowed progressive, state Sen. Alessandra Biaggi. And now, the junkets — and the fact that they were co-funded by Ripon, whose website lists the group’s main goal as promoting “the ideas and principles that have … contributed to the GOP’s success” — are raising hackles among their supporters and other Democrats.

“It’s distressing that Sean Patrick Maloney is cozying up to right-wing interests and using his position to benefit himself,” said Ravi Mangla, a spokesman for the Working Families Party, which is backing Biaggi’s run. “When choosing between his own self-interest and actually fighting for working people, Maloney seems to pick himself every time.”

The Working Families Party had endorsed Maloney under a different congressional map before backing Biaggi last month. Maloney’s campaign issued a statement saying, “Any attempt to paint these innocuous, valuable exchanges in a negative light are pathetic, partisan smears.”

“Rep. Maloney frequently travels in bipartisan delegations to engage in substantive meetings with leaders and allies around the world,” Mia Ehrenberg, a spokeswoman for Maloney, said in the statement.

“The trips referenced in this piece were all sponsored by a non-profit, non-partisan organization called the Franklin Center for Global Policy Exchange, which has sponsored over 60 trips for House Democrats over the years, including WFP-supported former Rep. Keith Elison,” she added in the statement.

The trips were funded by both the Franklin Center and the Ripon Society.

But the progressive pushback against Maloney comes at a delicate time for the congressman.

After the boundaries for congressional districts were redrawn in New York State in May, he opted to run for what’s currently Rep. Mondaire Jones’ seat — sparking backlash from members of his own party, including Biaggi, who ultimately decided to mount a campaign against him . Jones opted to run for a Brooklyn-Manhattan congressional seat instead.

Biaggi is running as progressive and to the left of Maloney, who positioned himself as a moderate earlier in his political career. More recently, he’s attempted to place himself more leftward on the political spectrum.

But his critics aren’t convinced, especially in light of some Maloney’s past stances and his connection to Republicans and travel with the Ripon Society.

In 2014, he voiced support for former state Sen. Bill Larkin, a pro-life Republican who was backed by the gun lobby and facing a challenge from Newburgh City Councilwoman Gay Lee, a Democrat. In 2015, he endorsed Rob Rolison of the GOP in his run for mayor of Poughkeepsie — a race that the incumbent ultimately won by a razor-thin margin.

“I was so disappointed when Sean Patrick Maloney was promoted to his position leading the DCCC,” said former Dutchess County Democratic Chairwoman Elisa Sumner. “For years he has been endorsing and supporting Republicans running against Democrats locally, and has spent so much time in Washington doing Republicans’ bidding and taking trips on their dime.”

A financial disclosure report and a post-travel disclosure — both of which were filed to Congress — show that Maloney’s first Ripon-funded trip was to Prague in August of 2015. Maloney was accompanied by his husband Randy Florke, and the two stayed at the Intercontinental Hotel Prague.

According to Maloney’s post-travel disclosure, the Ripon Society picked up $9,874 of the bill, a sizable chunk of the couple’s tab. The conservative group did not, however, pay for their visit to the city’s Jewish Quarter or Prague Castle, according to records.

The opening day of the “Transatlantic Capital to Capital Exchange” included on its schedule opening remarks from then-House Majority Whip Steve Scalise (R-La.), who notoriously once gave a speech at a white supremacist rally — a move it took him more than a decade to apologize for in 2014. Only two other Democrats appear to have participated in the Ripon-sponsored Prague conference, according to a schedule of events from the time.

The next year, in 2016, Maloney and his husband traveled to London and stayed at the posh Corinthia hotel on another Ripon-sponsored trip. Of the 23 members of Congress who went on the trip, Maloney was one of only six Dems to go. The year after that, in 2017, Ripon paid for Maloney and Florke to go to Berlin as well, records show. In 2018, Ripon paid for their trip to Paris.

Maloney’s most recent trip abroad on Ripon’s dime occurred in 2019 when the couple traveled together to Copenhagen. Ripon picked up nearly $20,000 from their tab, according to disclosure forms. The reason Maloney provided for going on the trip included this explanation: “Denmark has been and is one of the US’s closest allies economically and militarily.”