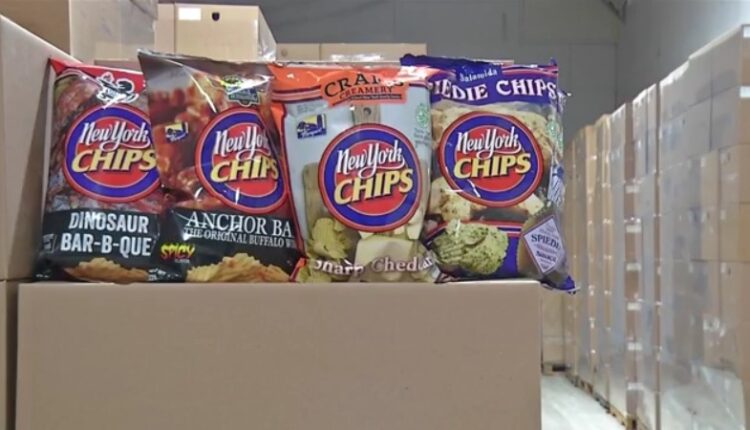 GAINESVILLE, NY (WIVB) — Originally a dairy farm located in Wyoming County, the Marquart brothers, Ed and Tom, decided to take over the family business in the 1960s. Rather than continuing to milk cows, though, they started planting some potatoes instead.

“Any young farmer who grows potatoes, in their mind somewhere, they love potato chips and that’s the dream,” said Vice President of Operations for New York Chips Chad Heeb.

Eventually, after bringing their sons on board a couple of decades later, the Marquarts made that dream a reality after frying up some chips for fun. The group brought their snacks to ‘Agripalooza’ and had a person inquire about the chips.

Heeb said that man was from Wegmans, which ended up being the company’s first customer in 2016.

Buffalo Behind the Scenes: Skylighters

“We give them a lot of credit for that, because they were the ones who asked us about it first and gave us the idea of, hey, you know maybe we can make Tom and Ed’s childhood dreams a reality and make our own potato chip ,” Heeb said.

New York Chips’ first line was fried in avocado oil and seasoned in sea salt, but Heeb said the company wanted to do something that set them apart from the other chip bags on grocery store shelves.

“I was trying to think of something that other chips didn’t have, and that was working with other local companies to bring their unique flavors to potato chips,” he said. “Now we have Anchor Bar spicy Buffalo wing, we have Dinosaur Bar-B-Que, we have Spiedies chicken marinade, we have Craig’s Creamery cheddar.”

Of course, a potato chip company needs a lot of potatoes. The farm grows 60 million pounds per year, sending off 40-80,000 pounds in truckloads to the company’s packer in Syracuse each day.

Buffalo Behind the Scenes: Weber’s Mustard

“Western New York, the one thing that makes us unique, especially when it comes to potatoes – but unique in agriculture in general – is our peak growing season is typically July and August; and the difference in temperature between day and night is average 11 degrees,” Heeb said. “It actually means there’s more gravity in the earth, which makes our stuff grow bigger in that time period. So our potatoes here actually grow bigger than anywhere else in the world in a shorter period of time.”

While the facility in Gainesville is responsible for growing, washing and shipping the potatoes, the Syracuse location cuts, fries and seasons the chips before bagging them. The entire process takes up to three days.

You can find New York Chips at most local grocery stores – something Heeb said is thanks to the loyalty of Western New Yorkers.

Marlee Tuskes is a reporter who has been part of the News 4 team since 2019. See more of her work here and follow her on Twitter.