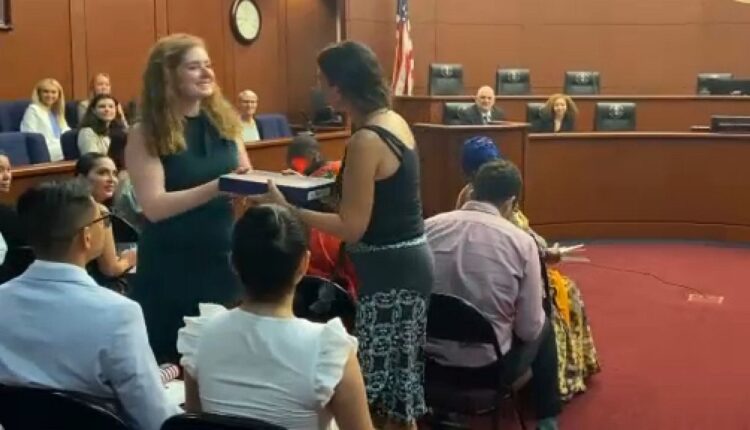 A naturalization ceremony was held Friday morning in Syracuse at the James M. Hanley Federal Courthouse. About 40 candidates representing 25 different countries were naturalized.

One candidate is a soldier in the US Army.

“There’s no amount of emotions that can explain the amount of pride,” Sean Sherrill of the US Army 10th Mountain Division said. “Not just this nation but the world. Being a solider now a citizen, it’s just unimaginable.”

Sherrill is from Germany. He came to the United States in 2012. Sherrill is just 20 years old and has been serving in the army close to 18 months.

A woman from Spain was naturalized Saturday and was also chosen to receive the American flag that was flown over the capitol building in Washington DC on behalf of President Joe Biden.

“My little daughter, her birthday it today and she was born in America, Veronica,” Sandy Siquier said. “So as a present I want to give her the flag of the country and thanks to her, we belong too.

When a person becomes naturalized, they become a United States citizen, meaning more freedoms, such as the right to vote.

Heat advisory in effect through Monday