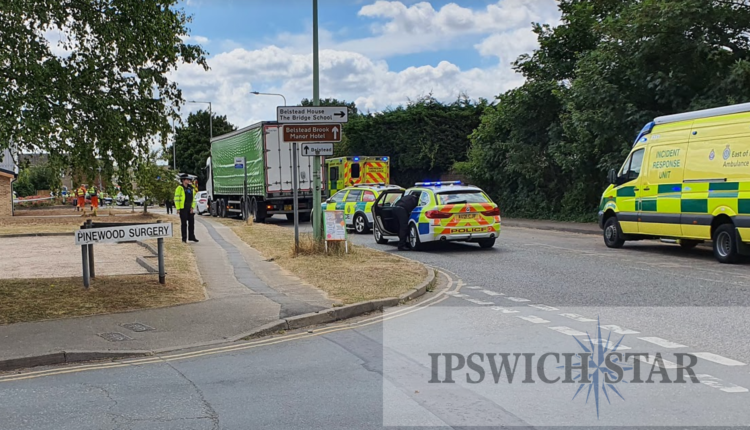 Community leaders have said they are “devastated” after a man died in a three-vehicle crash on the Chantry estate in Ipswich.

The incident happened at the roundabout which leads to Hawthorn Drive, Sprites Lane and Belmont Road at 10.30am on Saturday.

The three vehicles involved in the incident were a Nissan Qashqai, a gray Nissan X-Trail and a blue Ford Fiesta.

A man in the Ford died in the crash, while a woman in the same car suffered serious injuries and was taken to Addenbrooke’s Hospital in Cambridge for treatment.

A man and woman in the Nissan X-Trail were seriously injured and taken to Ipswich Hospital.

The road was closed after the crash and drivers were advised to find alternative routes as the vehicles were recovered.

Councilors for the area expressed their shock after discovering a man had died in the crash.

Nadia Cenci, Suffolk county councilor for Chantry, said: “It was horrific, it kept me up last night. I’m very upset and it is just terrible.

“You don’t think that people will die at a roundabout. I go up there a lot, but this sort of thing is so rare.

“I’m devastated for the families and dread to think what they are going through right now. If there’s anything I can do for them, they just need to get in touch.”

The air ambulance was called to a three-vehicle crash at Ipswich.
– Credit: Kris Terlecki

Colin Smart, Ipswich borough councilor for the Sprites ward, added: “It’s a fairly busy roundabout, and it does get clogged up quite a bit.

“It was a shock and was exceptionally unusual. For an incident like this to happen is really irregular. We have had nothing like this happen before.

“The likelihood of anyone getting up to any speed on that roundabout is quite unlikely, it’s such a steady roundabout.

“I would like to extend my sympathies to the family of the victim. I was in shock to hear about this.”

Anyone who witnessed the crash or has dashcam footage of the incident is urged to contact Suffolk police, quoting CAD 132 of July 9.

Would you be willing to attempt these food challenges near Syracuse?