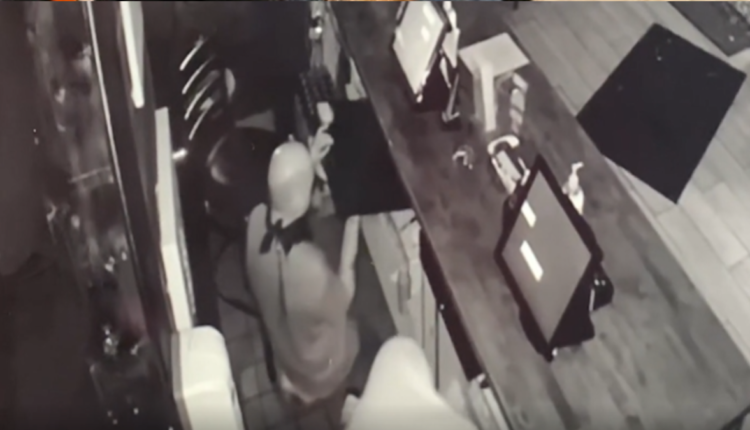 A suspect is in custody in connection with over a dozen burglaries across Suffolk County.

Robert Porter, 55, is accused of 14 break-ins at 11 different businesses.

Police say it was part of a string of burglaries that started in May.

One of the businesses that became a victim was Bang Bang Burritos in West Islip.

Surveillance video shows two people breaking into the restaurant. The two made off with around $400 in cash.

“I was definitely concerned,” says owner Frank Carbone. “The police did an awesome job – I have to say that.”

D&B Beer and Smoke Shop in Bohemia was burglarized twice.

The suspect is seen in a surveillance video putting $1,500, cigarettes and other items into a garbage bag.

The owner of the store says he also feels better thanks to the police.

Police say the suspected thief was caught around 4 am Tuesday when officers saw him with cocaine inside an abandoned car in Bay Shore.

News 12 asked police about the second person seen on surveillance video – but have not received any information as of 10 pm Tuesday.

Porter is scheduled to face a judge on Wednesday.