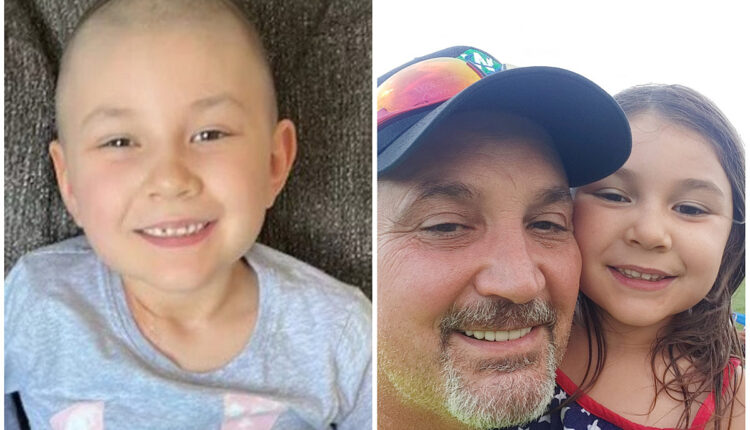 A Hudson Valley family dealing with their daughter’s battle with cancer just lost the girl’s grandfather.

On Monday, New York State Police From Troop K confirmed a Dutchess County man was killed in a motorcycle accident in Columbia County

On July 31, 2022, at approximately 10:50 am, New York State Police were called to the intersection of County Route 7A and Tamarac Road in the town of Copake for a report of a car versus motorcycle accident.

The driver of the motorcycle, 54-year-old Michael T. Manetta of Red Hook, New York hit the rear driver’s side of the vehicle. The crash caused him to be thrown from his motorcycle.

As of this writing, no charges have been filed but New York State Police continue to investigate.

The Dutchess County man is a grandfather to a 6-year-old Hudson Valley girl with cancer.

Manetta’s granddaughter, Amelia, is a 6-year-old girl from Durham, New York who is battling a rare bone cancer that recently caused her to lose her right arm.

“No words can explain the pain I feel knowing our girls will never be able to see their pa again. I don’t get to see them light up when they see you pull up the road or walk into the house. Just know they will forever know how much their pa loved them 💜 until we meet again,” Casie Manetta, Amelia’s mother, wrote on Facebook.

On Sunday, June 5, 2022, a ride for Amelia was held with all the proceeds going towards the Manetta family.

“Amelia is a little 6-year-old that lives in Greene County who is stronger (than) most adults. She is battling osteosarcoma(bone cancer) and unfortunately lost her right arm. She is continuing treatments and can’t imagine the stress on her parents Casie and Mike,” the Facebook event states.

A GoFundMe was started by Susan McNeil, Amelia’s grandmother, to help the family pay for Amelia’s medical costs.

“Amelia is the oldest of their three girls. She is a beautiful, smart, and tough 6-year-old little girl. She always has a smile on her face and loves to laugh,” McNeil writes in the GoFundMe.

As of this writing, nearly $14,000 has been raised with a growing number of donations coming in after the news of Michael Manetta’s fatal crash. CLICK HERE to donate.

Are you truly a proud New York resident if you haven’t visited these Top 20 attractions?

Here are ten pretty wild items that are available at Sunny’s Pop, the Narrowsburg boutique owned by Mark Ruffalo and his wife Sunrise.

Below are individuals wanted by the New York State Department of Corrections and Community Supervision’s (DOCCS) Office of Special Investigations who have been designated as its Most Wanted Fugitives. They should be considered armed and dangerous. This list is current as of 08/01/2022:

NEVER attempt to apprehend a fugitive yourself. If you have information on the location of any of these fugitives, you can contact OSI 24 hours a day / 7 days a week to report it. All leads and tips are treated as confidential information.

If an immediate response is necessary, such as you see the wanted person at a location, please call “911” and report it to the police.

Warning to people with mental health conditions in summer temperatures