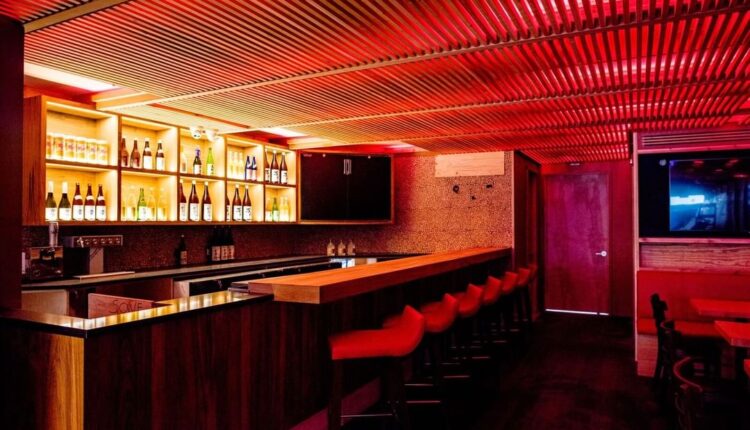 Where is the happiest of all happy hours?

Who knows, but Sag Pizza in Sag Harbor is introducing happy hour Tuesday through Friday from 3:00 p.m. to 5:00 p.m.

Small bites like provolone fritters, prosciutto arancini, penne fritto, and pumpkin caponata crostini are available for between $8 and $10. And for drinks, you can choose from a spicy Paloma, Aperol Spritz, Negroni with Prosecco, draft wine, Prosecco, and draft beer for $6 to $12.

Winery Wolfer may be known for their wines, but their line of ciders is another big part of their repertoire. The Sagaponack establishment uses hand-picked New York State apple juice and Ginjo-style sake yeast to make Oishii, a Japanese cider. The apples in the mix include Idared, Granny Smith, Gold Rush, Pink Lady, Braeburn, Mutsu and Jonagold and can be served chilled or mixed into your choice of Negroni, martini or cocktail.

It also pairs well with sashimi, ramen, and other delicious Japanese dishes. Other alternatives are spicy Mexican or Latin American dishes and hard cheeses. Chef’s dinners are over again Sen restaurant at Sag Harbor. The restaurant sees the events as “opportunities to bring out our chef’s creativity and manifest it in delicious ways.” Hosted by Jesse Matsuoka, co-owner of Sen, each course is introduced by its respective brewer, chef or farmer, such as when Wölffer Estate winemaker Roman Roth delighted guests on how Sen and Brooklyn Kura teamed up to create a sake.

After two successful events, there will be many more this winter. Contact the restaurant if you would like to reserve a seat as places are limited.

The treatise Bakery and dessert shop in Jamesport recently opened to much fanfare. What began in 1964 as a Shasta trailer serving up cookies, cakes, whoopie pies, gourmet grilled cheese sandwiches and more at catered events now has a permanent place in the beautiful seaside town. Specialty desserts such as cakes on a stick and enrobed biscuits seventeen Chocolate is also offered.

What are our favorite weekend brunch spots you ask? We are prejudiced against Rowdy hall and The house from 1770 (the local oysters and scallops are A1) in East Hampton, Gurney’s in Montauk, Pierres at Bridgehampton et al Ram’s Head Inn on Shelter Island (order the creamy lobster bisque). Shelter Island Sylvester mansion was founded in 1651 as a supply plantation for the Barbadian sugar trade. Originally owned by an Anglo-Dutch sugar consortium and operated by enslaved Africans, indentured and paid Native American and European workers, it has played an ever-changing but always important role in food culture.

For the last two centuries it was an Enlightenment-era farm and then the country estate of one of America’s first food industrialists, Professor Eben Norton Horsford, inventor of baking powder and father of modern food chemistry. In the 21st century it became the not-for-profit Sylvester Manor Educational Farm, committed to bringing sustainable farming practices back to Shelter Island.

Zakura has opened a take-out restaurant in East Hampton. It’s open seven days a week from 11:30 a.m. to 8:30 p.m. and the menu includes small plates like edamame, crispy Brussels sprouts and takoyaki, bento boxes, fried rice, sushi specialties and regular rolls. For dessert, treat yourself to their delicious mochidoki, and Zakura also offers many wonderful healthy teas and slushes.

Elaia Estiatorium in Bridgehampton offers a Greek feast menu that serves the whole table for eight or more people. The largest package includes Greek salad, all five spreads, a choice of four starters, a choice of four main courses and a dessert of the chef’s choice.

Few restaurants have such an elegant dining room as Saint Ambroeus in Eastampton. The small 50-seat restaurant includes a banquet hall and smaller room upholstered in Loro Piana fabrics. The upholstered rattan chairs surrounding the tables couldn’t be more comfortable, and the soft lighting and candles create an ultra-modern ambience. As for the food, we recommend Caesar salad, tuna carpaccio, aubergine parmalade or tagliatelle with Bolognese sauce.

Union Burger Bar in Southampton might as well be called “Unique Burger” as their menu features combinations of burger ingredients you won’t find anywhere else. For example, they serve mac and cheese, coleslaw with pretzel buns and bacon, and onion rings on burgers, all for under $20. The milkshakes are great too.

Speaking of brunch, lunch at Salvatore’s restaurant never missed in Hampton Bays. The wood-fired pizzas, fresh pasta and classic Italian sandwiches such as chicken and parmesan heroes are exquisite. Oh, and it wouldn’t be a true brunch without Salvatore’s delicious mimosa. The mood is also excellent.

“Eating is a necessity, but eating smart is an art.” -Francois de la Rochefoucauld