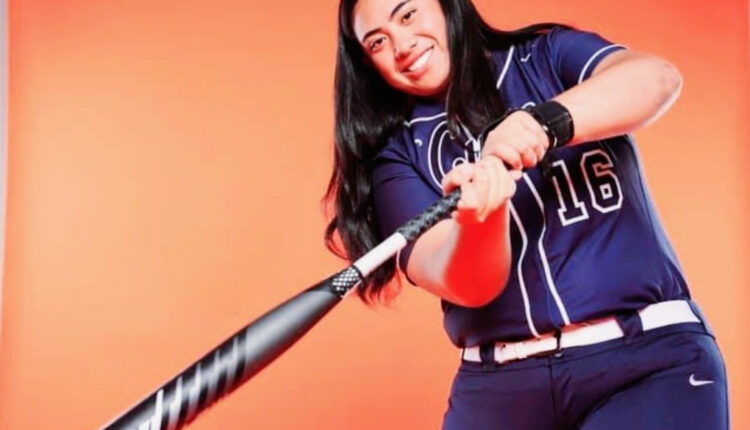 SEASIDE – There have been numerous college coaches whose sales pitches for Kaimi Tulua have been alluring and sincere.

But only one grabbed her heart.

The thought of playing collegiate softball at the Atlantic Coast Conference in New York never crossed Tulua’s mind. In fact, Seaside High Juniors’ visions were on the west coast.

“When I had conversations with the coaches at Syracuse, it wasn’t just about softball,” Tulua said. “It was also about my private life. It felt right. It was something I was comfortable with.”

While the 16-year-old didn’t rush her decision, she made her decision when Tulua entered Syracuse University on a softball scholarship.

“She’s the best hitter I’ve ever coached,” said Thomas Main, who has been her hitting coach for five years and is also a Stevenson coach. “She’s the whole package. Their swings have no holes.”

Last spring, Tulua put herself on the map and batted over 700 for the Spartans when she was named Offensive Player of the Year in the Santa Lucia Division.

Last summer, the 6-foot right-hander propelled her travel team to the Triple Crown National title in San Jose with a two-out, two-run homer in the seventh inning of the championship game.

“She beats on merit and average,” said Main, who sent two daughters to college on Division I scholarships. “She can go anywhere, anytime with any pitch. She can’t be bothered.”

Tulua, who narrowed her choices to 10 colleges, caught the interest of Syracuse at a camp in Los Angeles last summer.

While NCAA rules at the time prevented schools from speaking to high school athletes, Syracuse’s coaches attended Tulua’s summer games where they tore up quality pitching.

As if the campus or program facilities weren’t enough of a selling point, the community made Seaside residents feel at home.

“The most important thing was community support,” said Tulua, who also plays on the Spartans basketball team. “It’s a college town. They support all sports programs.”

This wasn’t Tulua’s first trip to Syracuse. Two years ago she visited her older cousin who was studying at the university and gave her an insight into the campus and the atmosphere.

“She told me that one of the main reasons she liked it there was that it was diverse and everyone was so welcoming,” Tulua said.

Tulua’s decision to commit nine months before she can officially sign was an easy one. She has never felt so comfortable making a decision about her future.

“I was 100 percent in,” Tulua said. “I would have time. I could have waited It just felt like it was the right time and the right moment. Syracuse had my heart the moment I stepped onto campus.”

Last season, the Orange went 22-16 overall and 8-16 in the ACC, which includes Notre Dame, North Carolina, Louisville and Florida State.

“When you find the right spot, you know it,” Main said. “When she and her father came home from the visit, I realized it was different. She felt very comfortable.”

While Tulua played third base and fielded occasionally at Seaside, she will be first baseman at Syracuse and likely hit the heart of the order in 2024.

“I’m relieved that I found a school,” Tulua said. “At the same time there is a sense of excitement and hunger to work even harder. The process is not yet complete. It’s just beginning.”