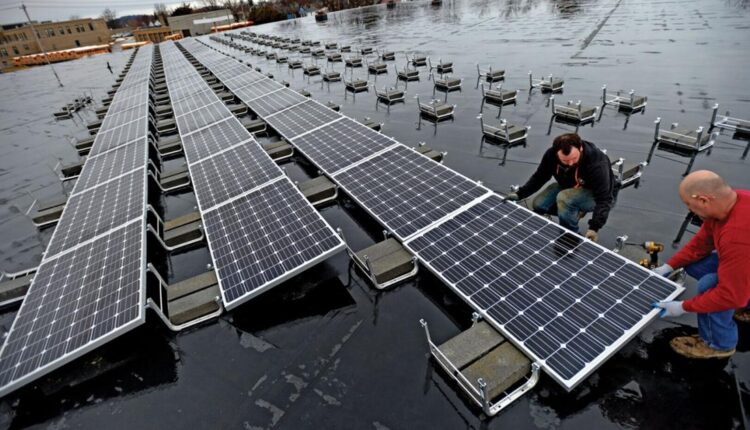 ALBANY – New York has unveiled an ambitious roadmap to expand its energy storage capacity by the end of the decade, following a trend of nation-leading clean energy efforts.

The plan, which is open to state regulators for scrutiny and public comment, envisions reaching 6 gigawatts of capacity by 2030 to ensure grid security during periods of peak demand while New York focuses on broader renewable energy adoption heading for .

However, the scramble for vital materials needed to create battery storage, build infrastructure, and encourage uptake are complex challenges that could serve as potential obstacles standing in the way of achieving the state’s lofty goals, many say.

“The state’s energy goals are generally ambitious, and I would say they are difficult to achieve,” said Eric Hittinger, associate professor in the department of public policy at the Rochester Institute of Technology. “I think it’s good to have ambition and it’s good to see the state putting in place policies to really accelerate this technology. But I think the biggest challenge is building capacity to make all these things.”

Battery storage is considered the “Swiss army knife” of the power grid because of its ability to perform tasks such as absorbing short-term impulses of increased energy consumption on hot summer days and pumping energy to areas in need when transmission lines are saturated.

New York’s zero-emissions grid mandate by 2040 is expected to require increased energy storage, and the latest plan would dramatically boost the state’s energy storage of about 130 milliwatts. Excess solar and wind energy, which is expected to increase in the coming years, are among the sources that can be stored in the batteries.

The roadmap includes programs led by the New York State Energy Research and Development Authority that would procure an additional 4.7 GW of new storage projects in the utility, retail and residential sectors, joining the 1.3 GW of existing storage currently under contract stand to be completed.

“Storing clean, renewable energy and delivering it where and when it’s needed is one of the key challenges we must address to reduce emissions nationwide, particularly from traditional peaker fossil fuel plants,” Governor Kathleen said C. Hochul. “This roadmap will serve as a model for other states to maximize renewable energy use while enabling reliable and resilient power grid transformation.”

One of the biggest challenges for the state is managing the tight lithium-ion battery market.

Electric vehicles currently consume the bulk of this valuable resource, and significant supply chain constraints mean that meeting increasing demand will be a difficult test for communities.

And with demand in the electric vehicle market unlikely to abate, the need for stationary storage for the power grid could make securing raw materials a chore.

While the construction of utility-scale lithium-ion battery shipyards, which resemble small shipping containers and are most effectively built next to electrical substations, may not pose a hurdle for many areas in New York, the space constraints in the five boroughs could add a layer add to the complexity.

An energy storage facility planned for Bulls Head, for example, has drawn public opposition, although other projects, such as one at Great Kills, don’t seem to raise an outcry. In comparison, a residential battery storage would not take up much more space than a wall-mounted unit, about the size of a large panel.

Still, achieving six gigawatts of energy storage is an immense undertaking. To reach that level, “probably hundreds of facilities would be required,” Hittinger said.

How effectively the state entices developers, businesses, and homeowners to adopt battery storage will greatly impact its ability to meet that goal by the end of the decade.

“It’s difficult to build the capacity of developers who can buy and use these batteries and set up programs to attract commercial and residential customers to get those people to actually buy the batteries that the state hopes will.” they buy them.” Hittinger said.

In accordance with state law, at least 35% of program funding must support disadvantaged communities disproportionately affected by health problems caused by emissions from fossil fuels.

Approval of the plan would support the expansion of storage facilities, which Hochul’s office said would result in an estimated $2 billion in electrical system costs, as well as a reduction in harmful pollutants from fossil fuels. Storage target expansion is expected to only impact New York customers at $0.46 per month.

“Energy storage helps us maintain the reliability of the power grid. It’s helping us lower the price of electricity in New York City because it’s removing some of those transmission restrictions, and it’s helping us get more wind and sun on the grid, so it’s good, and we probably want to do it more,” Hittinger said . “But picking a specific target is really challenging, especially in the context of some of the competing alternatives.”

Some of these alternatives include technologies that better shift air conditioning loads in buildings and smart devices that can communicate with the grid to determine ideal times to schedule power demand at times of the day when less power is being used.

“It’s really hard to imagine what the ideal grid of the future should look like as all these technologies are competing to enable flexible deployment and operation of the power grid,” Hittinger said. “They probably want a bit of everything, but how the balance plays out is a bit unclear.”

As an Amazon Associate, I earn from qualifying purchases.