“Give THIS MAN one last world title” 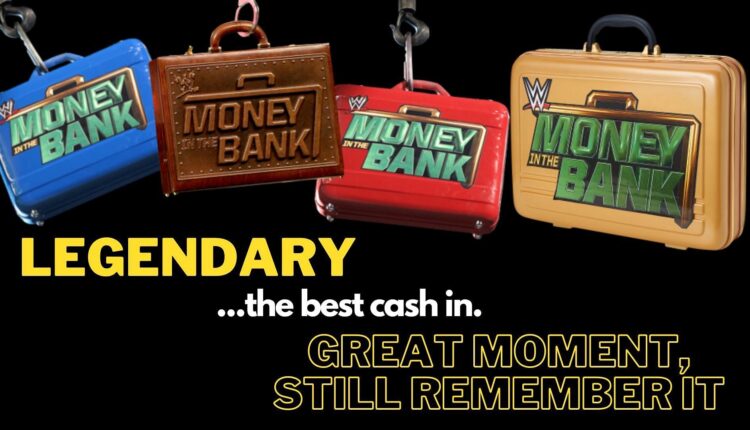 The Twitterverse took a trip down memory lane when WWE released an “On This Day.” Remind fans of the first-ever cash-in on January 8, 2006 at the Pepsi Arena in Albany, New York at the New Year’s Revolution pay-per-view.

On that day, the Rated-R superstar won his first world championship of 11 overall. Edge cashed in his MITB contract, which he won at WrestleMania 21 after keeping it for almost a year, with then-WWE Champion John Cena.

While there are a few contenders, Edge is almost unanimously viewed as John Cena’s best rival. The two were made for each other and feuded in the mid-2000s.

Some WWE fans are cheering on Twitter for the historic moment, wanting the Hall of Famer to win the infamous ladder match again and ultimately get another run at the best belt the company has to offer.

Here’s what fans of The Rated-R Superstar tweeted:

Edge was last seen at the Extreme Rules Premium Live event in October last year, where his only loss came in 2022.

Finn Bálor defeated the Hall of Famer, knocking out his wife Beth Pheonix with some assists from The Judgment Day.

There’s been no word yet on what the company has planned for Edge’s journey to WrestleMania. In what seemed like his last year as an in-ring competitor, he was free to go any route he chose, although the story between him and The Judgment Day doesn’t seem to be over yet.

Truly one of the greatest wrestlers of all time, Edge has nothing left to prove due to the sheer magnitude with which his storylines and moments have impacted viewers across multiple eras. He intends to retire sometime in the fall when the Stamford-based company hosts a RAW or Premium live event in Toronto, Canada.

Find out here which signing stunned Vince McMahon because of his age.

Poll: Do you think Edge could plausibly repeat history by retiring as world champion in 2023?

Buffalo Bills vs. New England Patriots: Open thread in the first half

Forecast for Long Island: Sure, then there can be thunderstorms