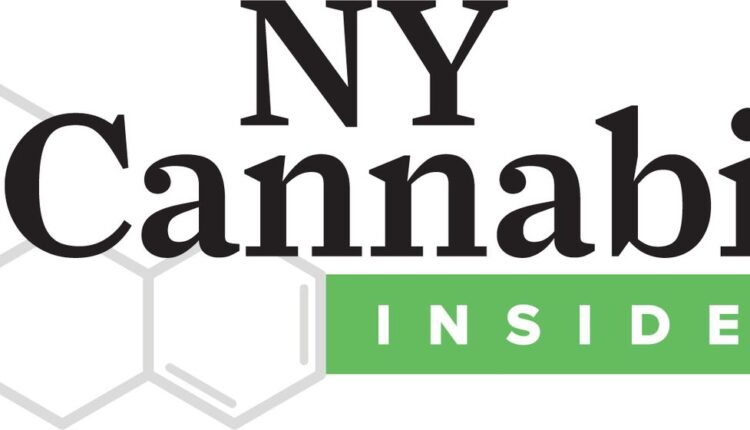 This was a very busy week for marijuana news. NY Cannabis Insider covered the cease and desist letters from the Office of Cannabis Management, the groundbreaking ceremony for the Shinnecock Indian Nation, and much more.

Here’s what we got.

Tracey Kauffman is the chairman and founder of Cannaspire.

Tracey Kauffman, chairman and founder of Cannaspire, wrote a column about why cannabis entrepreneurs should focus their attention on cybersecurity. While many cannabis companies like dispensaries are looking into physical security measures, like cameras and guards, cybersecurity is important to protect credit card information and patient information, Kauffman writes – but the OCM has yet to issue any cybersecurity protocols or standards for potential businesses to follow . Read her column. 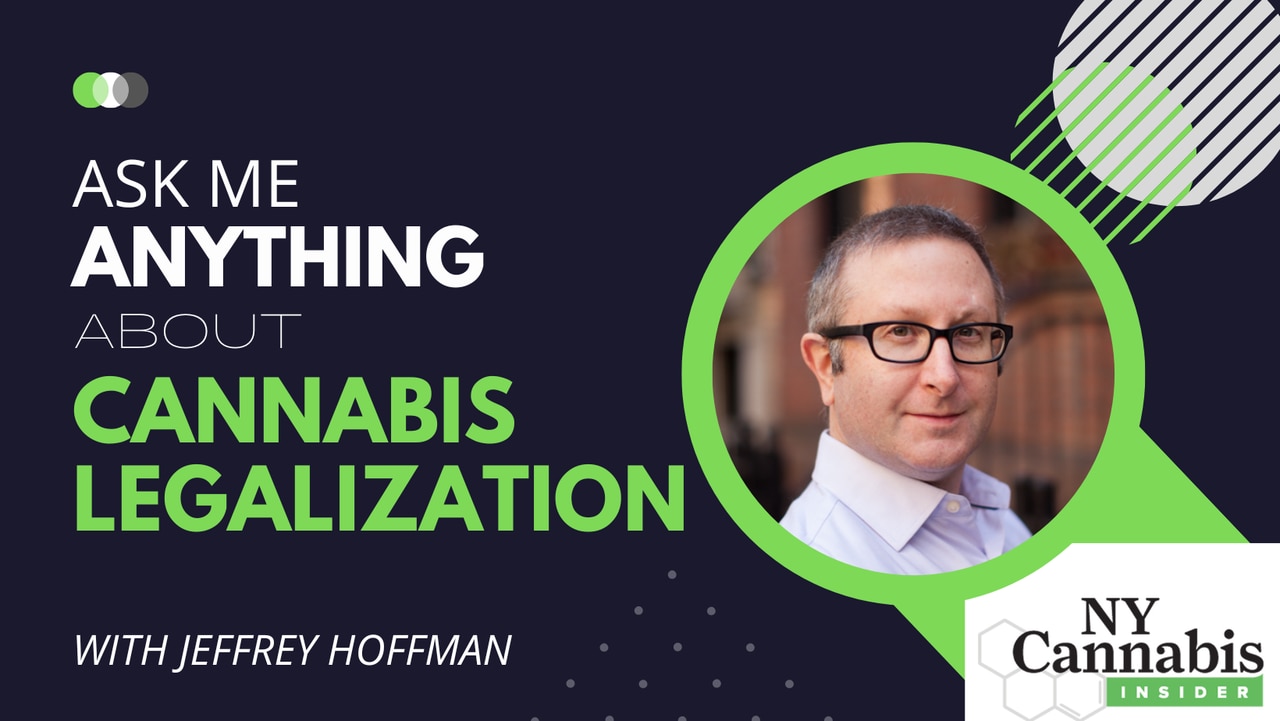 Jeffrey Hoffman is a New York City-based attorney who hosts “Ask Me Anything about Cannabis Legalization in New York” each week on LinkedIn. Hoffman and NY Cannabis Insider have partnered to bring those sessions into print in a Q&A format.

New York City-based attorney Jeffrey Hoffman hosts a weekly conversation on LinkedIn called “Ask Me Anything about Cannabis Legalization in New York.” NY Cannabis Insider has partnered with Hoffman to bring those conversations into print, and in our inaugural post in this series, Hoffman answers questions about trademarks, labor peace agreements, and more. Read the Q&A. 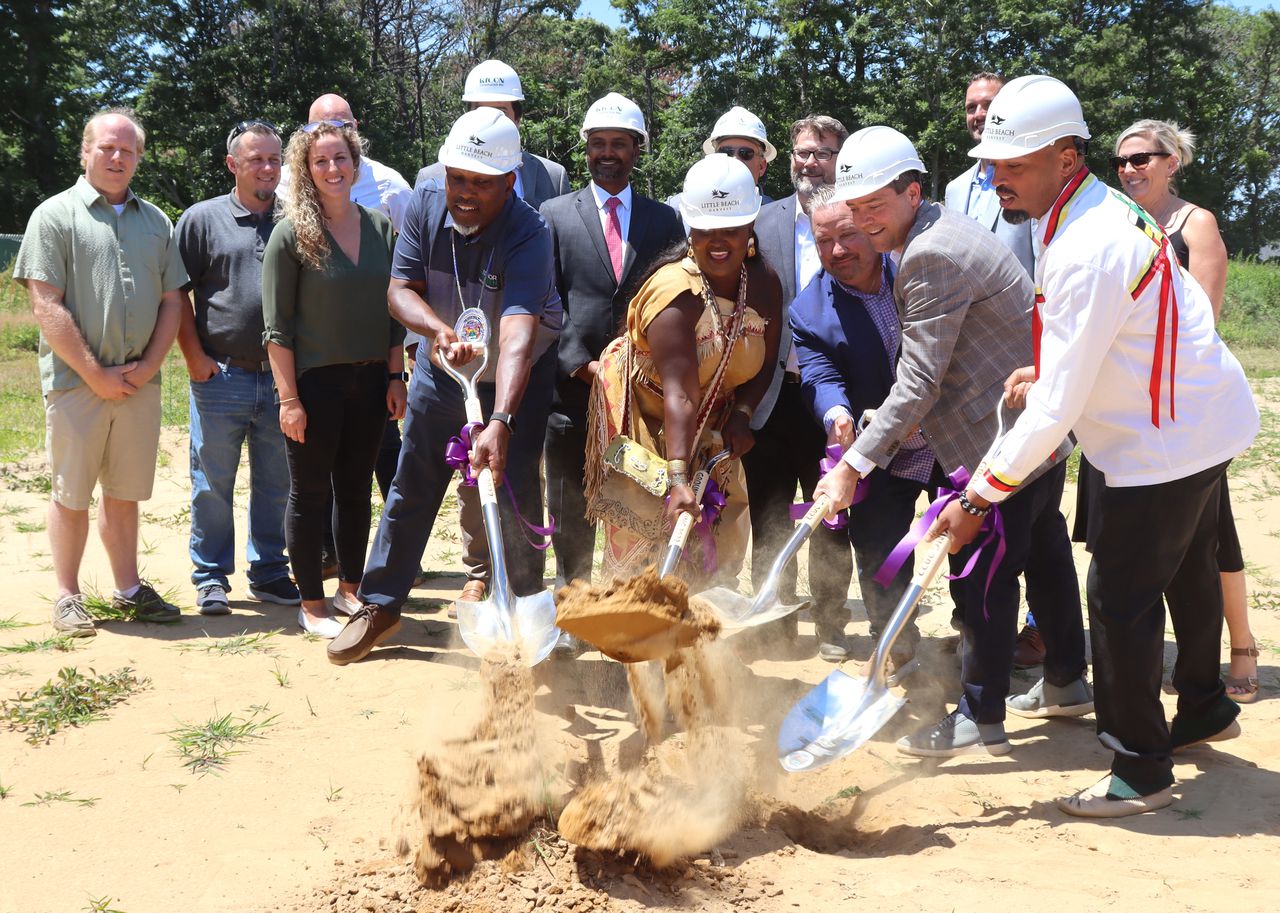 Chenae Bullock (center), manager of Little Beach Harvest, breaks ground on the future site of the nation’s cannabis dispensary and wellness center, along with members of TILT Holdings and the Shinnecock tribe.

Reporter Andrés Rendon covered the Shinnecock Indian Nation’s groundbreaking ceremony on Monday for an upcoming dispensary in Southampton. The dispensary, Little Beach Harvest, is a collaborative project with TILT Holdings, which invested $18 million to establish a fully vertical cannabis business. The Shinnecock said they are excited for the potential of new careers and educational opportunities for their community, and to be able to maintain tribal sovereignty throughout. Read about the project. 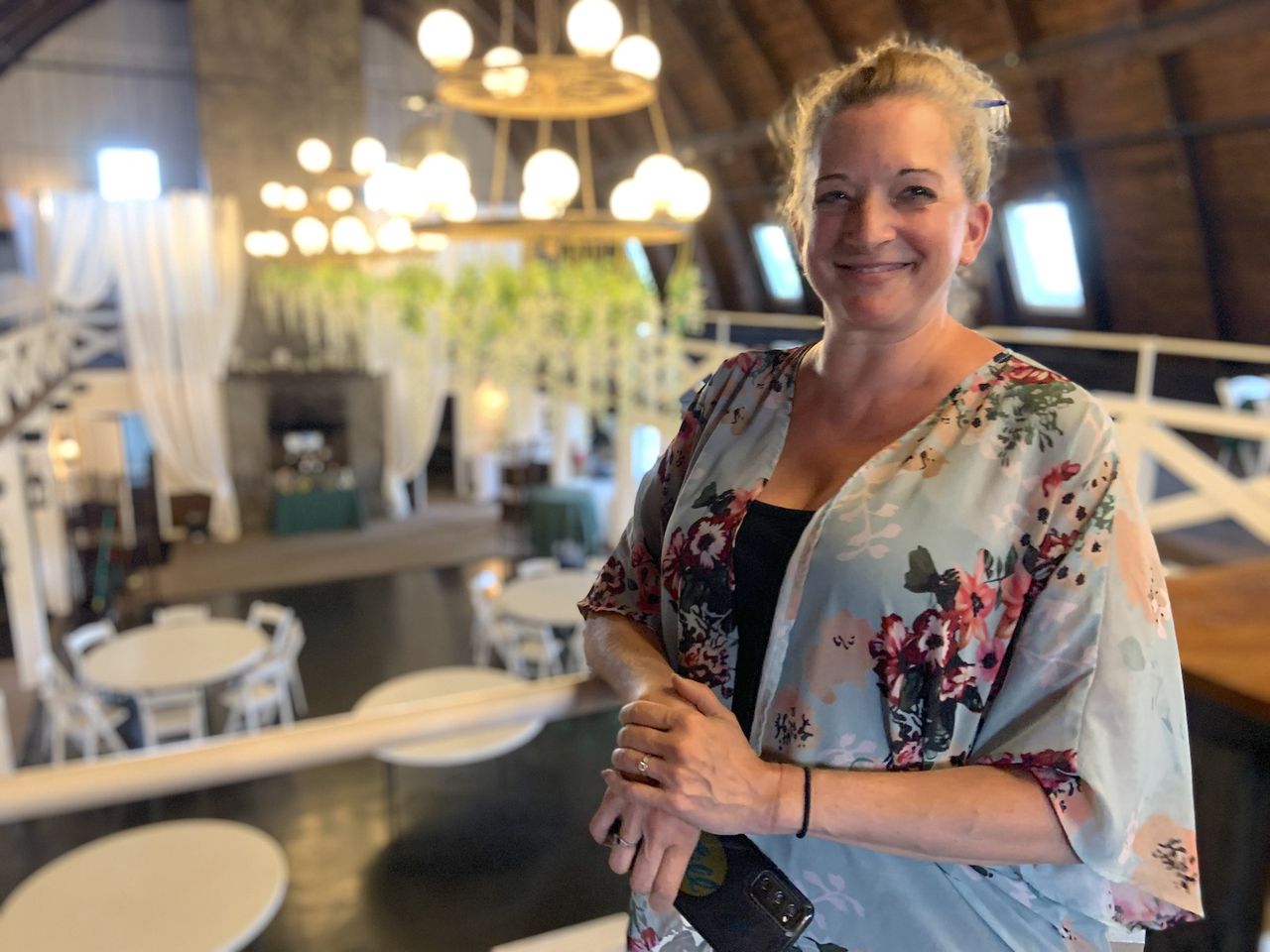 Nicole Reynolds runs The LakeWatch Inn in Ithaca, NY, and was listed by the Office of Cannabis Management as “engaging in unlicensed cannabis sales” – despite having no affiliation with marijuana.

Brad Racino wrote about the OCM falsely accusing an Ithaca small business of engaging in the illegal sale of cannabis, and how the agency is refusing to acknowledge its error – or retract its statement – despite overwhelming evidence that they messed up.

Nicole Reynolds, operator of LakeWatch Inn, didn’t know the OCM had publicly outed her as selling marijuana until contacted by NY Cannabis Insider. She said she has never sold cannabis (she runs a catering and event business), and has been consistently trying to get the OCM to rights its wrong – to no avail. Read the saga here. 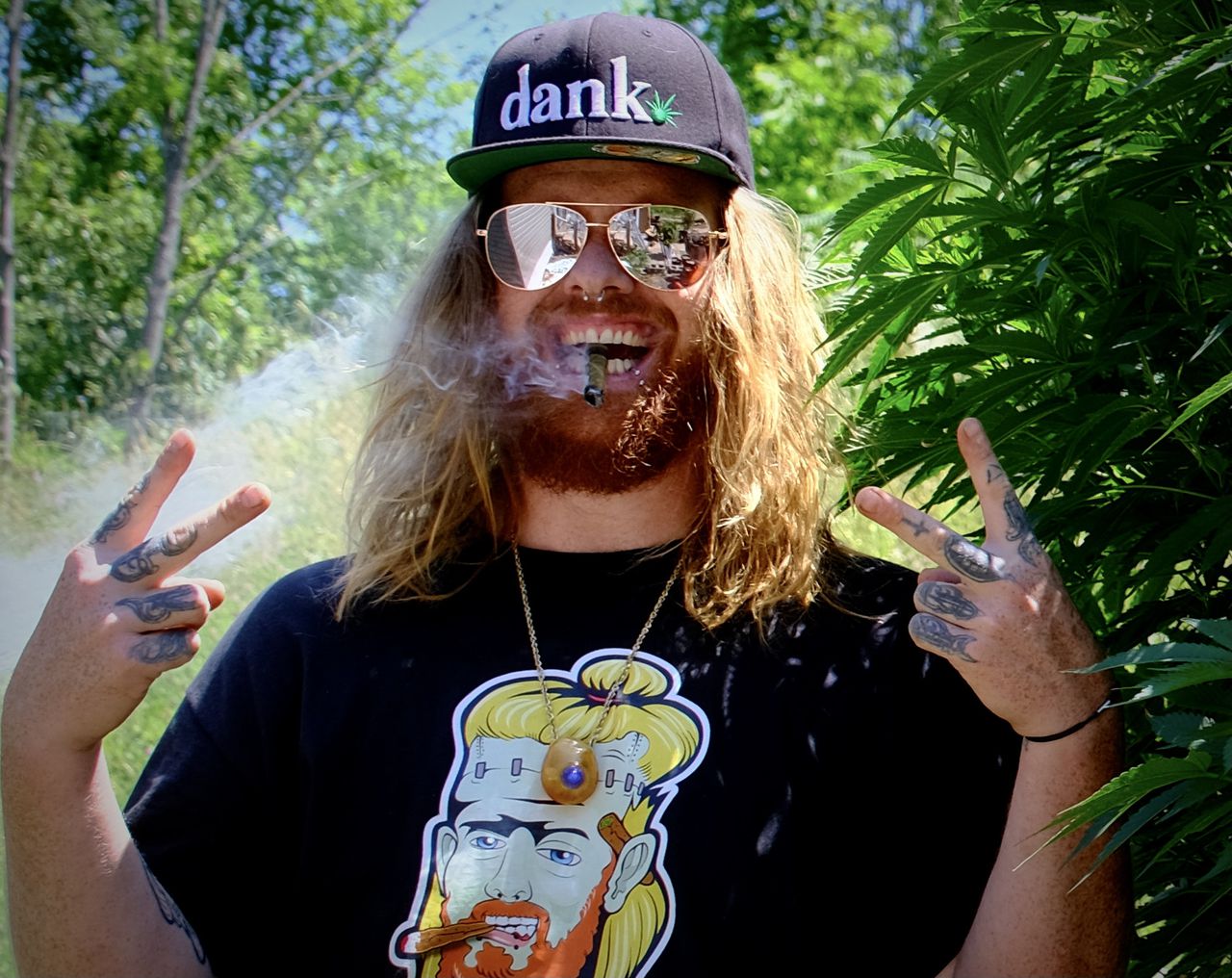 Joshua Waterman is the co-founder of NY’s Legacy Growers Association, an information network for illicit operators and business interest group.

Reporter Sean Teehan dove deep into the changing relationship between legacy operators and the OCM. Several legacy operators told Sean they don’t feel that their voices are being heard in meetings with regulators, and question whether there will ever be a way for them to enter the market. OCM Executive Director Chris Alexander told Sean he believes his agency is putting in the work with legacy, and pushed back on some legacy claims that OCM is only engaging in conversations to “check a box.” Read Sean’s story here.

Sean also turned his interview with Alexander into a Q&A for readers to learn more about OCM’s efforts to bring legacy into the fold. See it here. 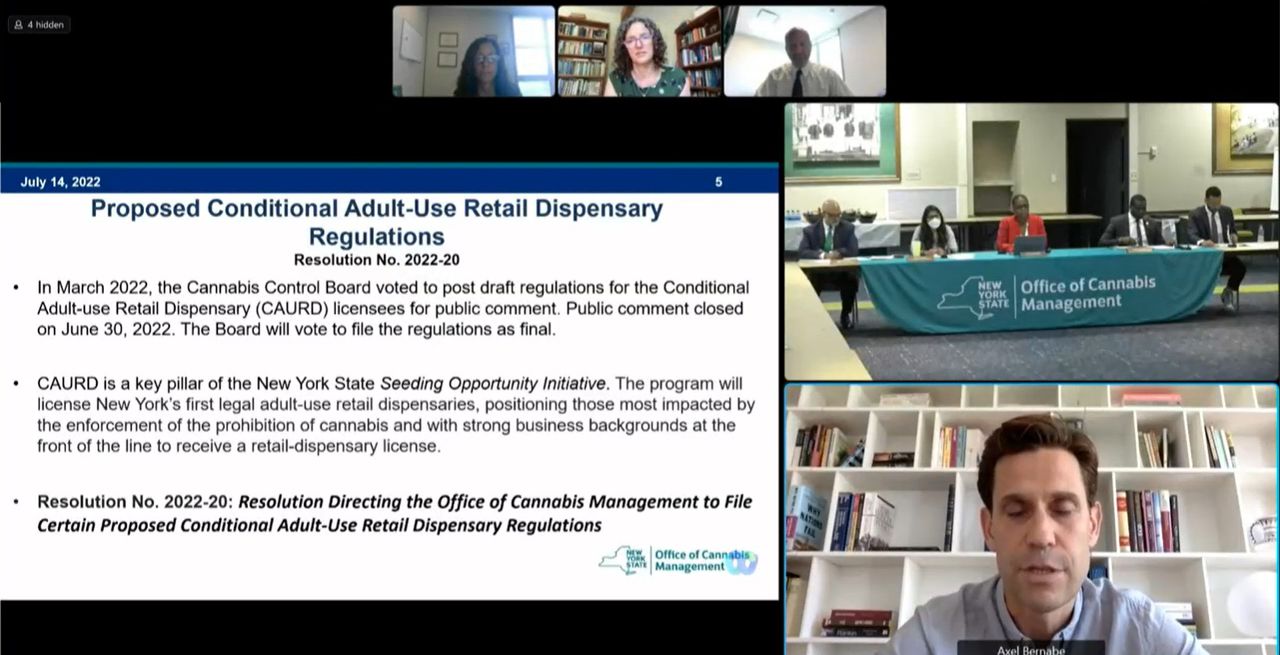 Lastly, Sean also covered Thursday’s Cannabis Control Board meeting, where 20 cultivator licenses, medical regulations were finalized and regulations for the conditional adult-use retail dispensary (CAURD) licenses were adopted. However, some found it jarring that the OCM didn’t change anything in the CAURD regs after receiving more than 600 public comments on them over the past few months.

“While it’s understandable the OCM did not accept all recommendations, to not see any value in any comment is highly unlikely and a sign of what is to come,” said Eliana Green, director of community engagement at The Hood Incubator.

That’s it for this week. Stay tuned for more cannabis news next week. Enjoy the weekend!

The real estate market is cooling in some US cities