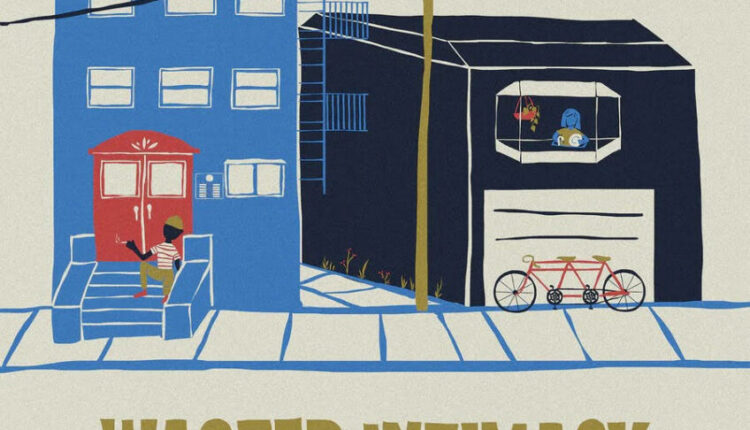 On the third full-length record from Albany, New York’s alternative rock band called Coupons, they honor in their songwriting and use the full power of their four band members to contribute to a record entitled Wasted Intimacy. With a sound that tows the line somewhere between Oso Oso, The Format, and Foxing, Coupons appear to be hitting the right groove in their collective approach to their music on this album. From the steady beat found on the opening track called “Mardi Gras” to the spacey closer of “Japanese Whiskey,” Coupons could be just the right band for this strange moment in our lives.

My personal favorite in the set comes on the first single, “Waiting,” a blast of guitar-based punk rock with snarled vocals that build up to an anthemic chorus. What the band does best on songs like this is to play off each other’s strengths as musicians to put their best foot forward in their musical delivery. “Milk” follows the raucous opening single with a different vocalist, and a slowed-down beat that reminds me a bit of the slow-croon of early-Beach Bunny paired with the poetic poise of Soccer Mommy. While this introspective track hits the right heart strings, “Four Wheel Drive” bounces along with a country-tinged approach that is still a fairly pleasing listening experience. Coupons experiment with several different sounds along the way on this LP that rewards the listener on repeat listens and dives deeper into what they were going for in the production.

Other songs that stand out right away are the thrilling slow-build of “Break A Leg,” that re-molds itself several times in the starts and stops in the mix brought forth. It features a complex piano-interlude paired with some electric guitar for a package that comes together much like what The Format were going for on their Dog Problems record. “Bottomless” using lyrical imagery of the difference between optimists and pessimists to bring clarity to the direction they were going for here. The band is never afraid to change tempos on the turn of a hat, or song, as mid-tempo rockers like “Major League” mesh well with slower-tempo songs like “Cryptic.” On the latter, the rewarding wall of sound crescendo in the closing moments of the song really speak to the creativity of this band to really go for it all on this record.

Overall, there’s plenty to love and enjoy on this ending third record by coupons that pays heavy homage to emo and alternative rock bands that share the crowded scene with them. While the band does cover some collective new ground in their songwriting journey found on Wasted Intimacy, I still feel like the best is yet to come for this talented group of musicians. I feel like fans of this band who have grown to love Coupons quirky approach to music will continue to find enjoyment in this set of songs, while newcomers to the band will surely find something of value on this album.