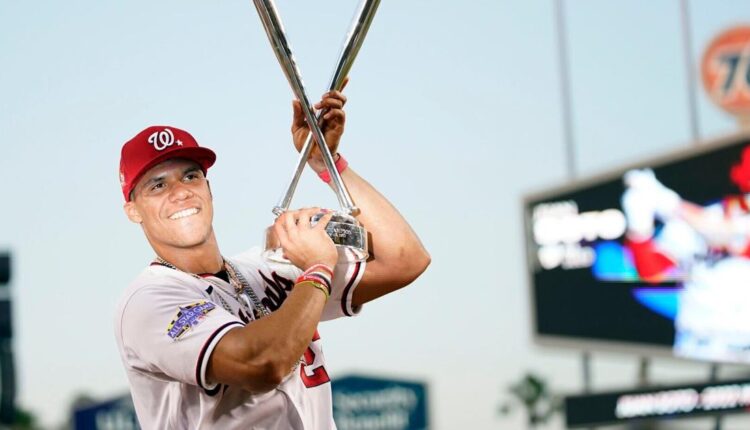 This is what I’m thinking:

Despite some innovations to juice up coverage of Major League Baseball’s All-Star Game Tuesday, the American League’s 3-2 victory over the National League was hardly a hit on WUTV or nationally.

It had a 3.4 rating on the Fox affiliate here, which is believed to be the lowest rated major league All-Star game locally.

The good news is it was the second highest-rated program Tuesday night on network television in Western New York. The only program to have a higher rating here was NBC’s “America’s Got Talent,” which had a 5.7 rating for the one hour it ran starting at 8 pm

That “AGT” rating, which is lower than the reality show has done in past years, also symbolizes the decline in network viewing, especially in the summer.

Nationally, the game was the lowest rated in history even though it had the largest audience for a network program since the end of the NBA Finals last month. It also had a higher audience than the NFL, NBA and NHL All-Star games nationally.

The Home Run Derby won by Washington’s Juan Soto Monday night was a bigger hit in Western New York. It had a 4.2 combined rating on ESPN and ESPN 2 for the two hours it ran.

“The Gray Man,” the highly publicized, $200 million Netflix movie premiering Friday night on the streaming service, has a Buffalo angle.

Christopher Markus, a St. Joseph’s Collegiate Institute graduate, wrote the script for the action thriller with his writing partner, Stephen McFeely, and Joe Russo, who directed it with his brother Joe. Markus and McFeely may be best known for writing “Avengers: Endgame,” “Avengers: Infinity War” and “Captain America: The First Avenger.”

Hillary Gurtler, the daughter of Buffalo Bandits play-by-play announcer John Gurtler, is making it in Hollywood as a production designer.

Her most recent production, “Do Revenge,” is scheduled to arrive on Netflix Sept. 16. Elle.com describes it as “a dark comedy about two young women who join forces to take down each other’s bullies.”

A graduate of Orchard Park High School and Emerson College in Boston, Gurtler also was the production designer for the Hulu series “Maggie” and the Disney production “Spin.”

John Gurtler, who also was the play-by-play announcer for the Buffalo Sabers, recently finished his 18th season with the Bandits.

Are you ready for some football? The Spectrum News show “Buffalo End Zone” airs an hourlong special previewing the 2022 NFL season of the Buffalo Bills at 8 pm Saturday. Host Kevin Carroll and reporter Jon Scott will be joined by popular former Bills star Fred Jackson.

He questioned these lines from a recent story about the station’s new general manager, Joe Abouzeid: “But more importantly to Western New York, (Abouzeid) is looking to buy a home here and have a bigger presence in the community than his last three predecessors .

“The last two WIVB general managers, Brien Kennedy and Dominic Mancuso, rented and lived above a popular Elmwood Avenue restaurant, which indicated they didn’t plan to stay here long. Rene LaSpina, who came before them as the station’s general manager, also rented here.”

Mancuso’s response: “Pretty crappy shot you took regarding my tenure at WIVB in your article on the new GM in Buffalo. Where I lived has nothing to do with the job I did in Buffalo, but I guess one has to consider the source.

“BTW, I rented because it took 4 years to sell my house in Cleveland; not because of my intended length of stay as you inaccurately assumed and implied.

“It’s a cheap shot and you know it. Your sources are wrong. I spent countless weekends looking for a home in Buffalo. …”

Mancuso was named WIVB’s general manager in February of 2017.

He left in November of 2019 to become general manager of two stations in Indianapolis.

Get the recommendations on what’s streaming now, games you’ll love, TV news and more with our weekly Home Entertainment newsletter!