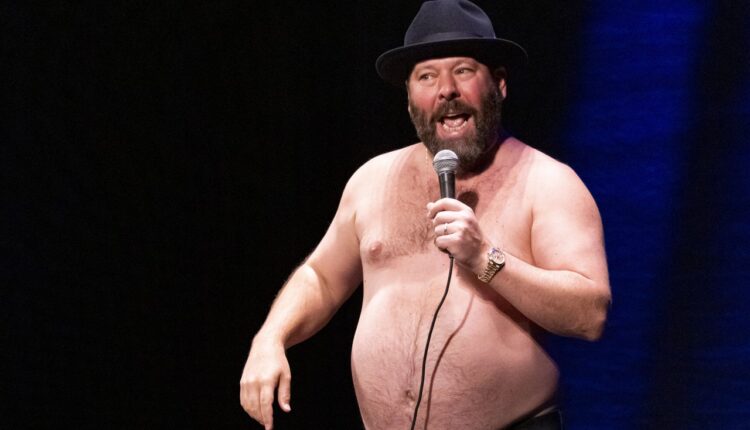 The Machine is returning to Upstate New York.

Comedian Bert Kreischer announced his “The Berty Boy Relapse” tour dates Tuesday, including an Oct. 15 stop at Shea’s Performing Arts Center in Buffalo and on Oct. 16 performance at the Landmark Theater in Syracuse. Both shows begin at 7 pm.

Tickets go on sale to the public Friday, July 15 at 10 am via Ticketmaster. Prices may fluctuate based on demand.

The often shirtless and irreverent standup comic performed in Rochester last month at his “Fully Loaded Comedy Festival” and has also previously performed in cities like Syracuse, Buffalo and Albany — though he may have lost a few fans in the latter when he called Albany “ the biggest dump” in 2019.

Kreischer, also known as “The Machine,” first rose to fame in a 1997 Rolling Stone article as “the top party at the No. 1 party school in the country”; his stories while attending Florida State University inspired the Ryan Reynolds movie “National Lampoon’s Van Wilder.” Kreischer has his own podcast (“Bertcast”), has appeared on several reality TV shows, and has released several standup comedy specials.

He reportedly next stars in “The Machine,” based on his own stories about getting involved with the Russian mob during a college semester abroad, alongside Mark Hamill. The movie will follow Kreischer 20 years later when he and his father get kidnapped by the people he wronged in Russia.