5 Players for Syracuse to Look Out For 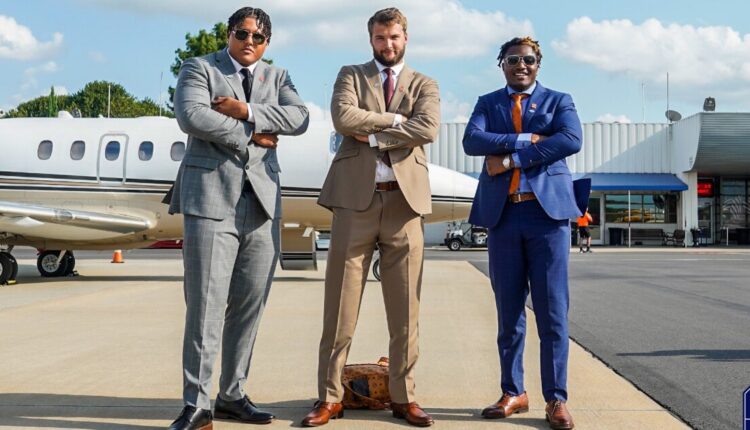 We’re about five weeks away from Syracuse Football’s season opener against Louisville. SU is hoping to improve on a 5-7 season, the third consecutive losing effort for Head Coach Dino Babers and company.

The hill that the Orange must climb to change that in 2022 is quite steep. The ‘Cuse has the nation’s 26th most difficult schedule in front of it, according to Phil Steele. With good opponents comes good opposition, Syracuse will see a plethora of the best players that the ACC has to offer.

It was very difficult to trim this list down, but here are the five most dangerous players that SU needs to look out for this season.

The Cardinals have run circles on the Orange the past two seasons and a big reason why is their offense. Louisville has outpaced Syracuse 71-3 in the past two meetings and has reloaded with more skill position talent to complement prolific quarterback Malik Cunningham.

Louisville faced some adversity this offseason when projected WR1 Tyler Harrell surprisingly transferred to Alabama. The Miami native averaged over 29 yards per catch and reeled in 18 passes for 523 yards with a team-high six touchdowns.

To replace Harrell, Louisville Head Coach Scott Satterfield added Tyler Hudson from the transfer portal. The Texas native lit it up in three seasons at FCS Central Arkansas and now attempts to make the jump to the FBS ranks. The junior caught 167 passes for 3,062 yards, and 26 scores in his three seasons with the Bears while earning several All-American honors along the way.

With some vacancies in the Cardinals wide out room, Hudson has the opportunity and ability to emerge as the leader. “T-Huddy” as Hudson is also known as, will certainly have a chip on his shoulder as he transitions to the highest level of college football. The former three-star recruit received zero offers from power five schools out of high school and now has his opportunity to perform under the bright lights.

Syracuse dips back into a little ACC Big Ten Challenge in the non-conference this fall. Last season, SU fell in a competitive bout with Rutgers 21-10. Unlike last year’s defensive struggle, the meeting between the Orange and Boilermakers has all the makings of a wild west shootout.

Purdue trailed only Ohio State in the Big Ten in passing offense. Under the tutelage of Head Coach Jeff Brohm, the Boilermakers racked up for 355 yards via the aerial attack in 2021. Who was at the controls of this prolific offense? Aidan O’Connell.

The former walk-on dazzled last season and emerged as one of the best signal callers that the midwest has to offer. The sixth-year quarterback earned 2nd team All-Big Ten honors with 3,712 yards, 28 touchdowns to eleven interceptions, and just under 72% completion percentage.

Purdue lost some explosive playmakers in David Bell and Milton Wright. Bell was drafted in the third round by the Cleveland Browns, while Wright was deemed academically ineligible back in May. The tandem combined for 150 receptions, 2,018 yards, and 13 touchdowns which represents a bulk of the Boilermakers production from 2021.

Can Purdue replace that talent on the outside? We’ll see, but what we don’t need to ponder about is if the boilermakers have a gunslinger behind center.

Syracuse’s cross-division rival is typically Pittsburgh, but the other team fluctuates. Last season it was Virginia Tech and the Orange left Blacksburg with a 41-36 win. The crossover game is winnable once again this year. However, if SU wants to add a massive September victory, it needs to contain Brennan Armstrong.

Virginia was one of the most high-octane offenses in the ACC one year ago. The Cavs averaged just under 35 points per game, good for fourth in the conference. Armstrong has everything to do with that tally. The left-handed quarterback led the ACC in total offense with 4,449 passing yards and 251 more rushing yards, good for an even 4,700.

The Ohio native will look to build on an insane 2021 season, but will have to overcome some challenges. The biggest mountain Armstrong must vault is the face that he has a completely new coaching staff around him.

Tony Elliot steps in for Bronco Mendenhall after a long, successful stint as Clemson’s offensive coordinator. Additionally, Robert Anae and Jason Beck migrated from Charlottesville to Syracuse after lengthy stays as the offensive coordinator and quarterbacks coach at UVA.

What assists Armstrong’s efforts to replicate his past successes is the fact that 1st team All-ACC wideout Dontayvion Wicks returns along with Keytaon Thompson. Wicks totaled 57 receptions for 1,203 yards (21.1/catch), and 9 touchdowns. Meanwhile, Thompson, whose position is labeled as a ‘football player’, ran for 247 yards with four scores and caught 78 passes for 990 yards and a pair of touchdowns.

Syracuse faces three prolific signal callers in the first four weeks of the 2021 season. Cunningham at Louisville, O’Connell at Purdue, and Armstrong at Virginia.

Okay you might be sick of hearing about offense at this point, so let’s talk defense. Notre Dame travels to the Salt City for the first time since 2016 and brings a stingy defensive unit with it. The Fighting Irish hero opponents to under 20 points per game last season which ranked 15th in the country. The breakout of versatile edge defender Isaiah Foskey is a big catalyst of that success.

The California native totaled just 25 tackles and 4.5 sacks in his first two years in South Bend. In 2022, the former Army All-American detonated. Foskey doubled his tackle production with 52 total stops and more than doubled his tackle for loss (12.5) and sack (11) outputs.

The mid-October battle between SU ​​and ND projects to be on the lower scoring side. If ‘Cuse running back Sean Tucker wants to carry the Orange to a big non-conference win, he’ll need to stay away from Foskey. Keep an eye out for number seven in blue and gold when Syracuse meets the Golden Domers.

This one stings a bit for Syracuse fans. Verse broke out as one of the most coveted players in the transfer portal this past offseason. The former UAlbany defensive end transformed from an unranked and unknown player to a four-star hot commodity after a short stint in Eastern New York.

Verse totaled 74 tackles, over 21 tackles for loss, and more than 14 sacks in 15 games with the FCS Great Danes. Syracuse courted the local talent but the Dayton, Ohio native chose to take his talents to Tallahassee and suit up for the Seminoles.

All indications from FSU are that the redshirt-sophomore is ready to make an impact right away in the Sunshine State.

“We only want dogs in our d-line room, and Jared Verse is a dog,” Fabian Lovett said, a Florida State defensive lineman.

The former Empire State football player makes his return trip in November. The former SU recruiting prospect figures to be ready to show Orange Nation why he decided to go south.

Syracuse gets its first test against Hudson and the Louisville Cardinals on September 3rd in the Dome.