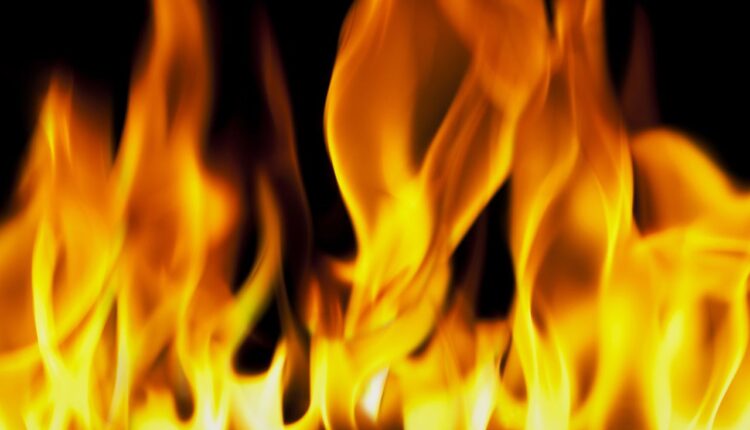 Syracuse, NY — A woman suffered burns to her fingers after an ottoman caught fire and she helped carry it outside Sunday afternoon, according to the Syracuse Fire Department.

A man called the Onondaga County 911 Center at 12:57 pm to say he had just come home from the store and found the ottoman on fire and the house at 116 Hillsdale Ave. full of smoke, according to police dispatches.

Syracuse firefighters confirmed two occupants had returned to the home, found the ottoman on fire and carried it outside.

They also saw the ottoman in the front yard, still on fire.

Firefighters quickly extinguished the flames coming from the ottoman and checked to see if the fire had spread, according to a fire department news release.

The fire did not spread from the ottoman, and there was no damage to the home, Syracuse Fire Lt. J. Suits said.

The woman suffered burns to her fingers by carrying the ottoman, Suits said.

Members of the Syracuse Fire Department and AMR ambulance treated the woman at the scene, but she refused to be transported to the hospital, fire officials said.

Firefighters, meanwhile, continued ventilating smoke from the house and said no occupants were displaced.

After the fire Sunday, the Syracuse Fire Department quoted a National Fire Protection Association publication about the potential dangers of fires like the one they saw Sunday: “Fires from smoking materials cause only 5% of house fires nationally, but result in 23% of house fire deaths.”

Syracuse firefighters reminded residents to dispose of smoking materials in a safe manner.

“It could save a life,” firefighters said in the release.