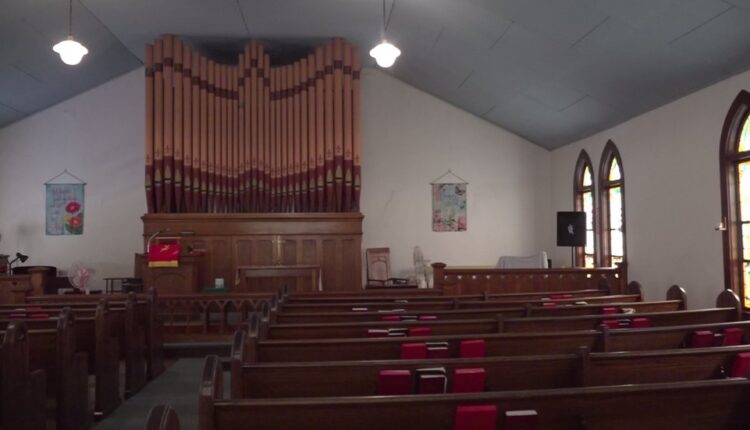 WINOOSKI, Vt. (WCAX) – A Winooski site is getting recognition for the part it played in history with a historic site marker and a spot on the Vermont African American Heritage Trail.

The Winooski United Methodist Church is in the process of becoming a registered historic landmark. The church was the home church for many buffalo soldiers and their families from 1909 to 1913.

“I think in addition to being a historic building this is really a space where there’s been community and giving back to the community for over a hundred years,” Winooski Mayor Kristine Lott said.

Ellen Ravelin, the pastor of the church, intervened when the church was on the verge of being torn down and spearheaded the movement to get it historically recognized.

“When I think about how close this church was to shutting down, how could it get so close to the history just being dissolved forever, no one would even know about the history. So, I feel the history is part of our future. We can’t forget what happened in the past,” Ravelin said.

Ravelin believes the work they do there carries on the legacy the soldiers left behind.

She believes it’s important and an honor to be able to memorialize the role the African American soldiers had in making Winooski the city it is today.

The church, which was erected in 1860, continues to serve community members to this day and people here say they’re proud to be able to keep the history of the building alive.

“You know the Methodist church has been around since before Winooski was a city on its own,” Lott said.

The mayor says she supported the efforts and is excited it’s finally happening and to be able to memorialize soldiers.

“The buffalo soldiers are a part of American history, they’re a part of Vermont history and recognizing their local impact is really important,” Lott said.

The United Methodist Church is now one of 12 sites on the Vermont African American Heritage Trail and will continue to stand as an important reminder of the area’s diverse history.